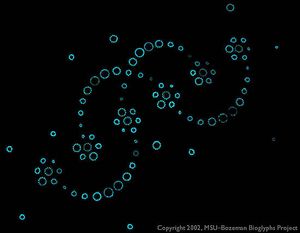 I just love it when two fascinating topics cross paths. Two that I have in mind now are bioluminescence and photo­reactivation. Bioluminescence is an old phenomenon, first recognized when humans first encountered fireflies. Photoreactivation came into our awareness more re­cent­ly. The function of bioluminescence continues to be a de­bated matter, especially when it comes to what it does for luminescent bacteria. Photoreactivation, on the other hand, is reasonably well understood.

To go back to my graduate student days in the early years of Molecular Biology, I became aware that my betters were sometimes focusing on unexpected phenomena that required an answer. I was not always sure why they were so fascinated, but I was not in a position to argue. Examples that come to mind are thymineless death, host specificity of phages, and photoreactivation.

The latter seems to have been discovered in 1949, when Albert Kelner placed Petri plates with UV irradiated Streptomyces on a windowsill instead of a dark incubator. The survival rate was signi­ficantly greater than on the dark-incubated plates. The explanation is reasonably straightforward. UV induces the formation of pyrimidine dimers and there is an enzyme, photolyase, which can repair the damage. Photolyase is a story onto itself, which I won’t deal with here. For the early story of photoreactivation, visit this link. 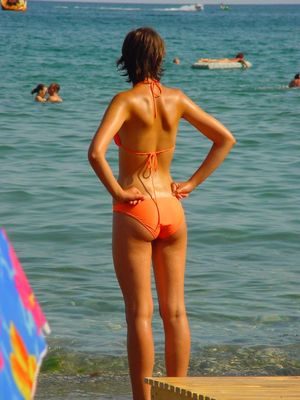 Humans are said not to possess a photo­ly­ase, which is why sunscreen sells. Source.

By now, you may smell a connection between photore­ac­tivation and bioluminescence. Could the light generated be used to activate photolyase? This is precisely was has been proposed by G. Wegrzyn and colleagues at the Uni­versity of Gdansk. They found that dark mutants of bio­luminescent vibrios are more sensitive to UV than the wild type, bioluminescence is stimulated by UV light, and the sensitivity of the dark mutants can be partially com­pensated by light exposure. Now, that’s a lovely story!

In the authors’ mind, it may even explain the evolution of bioluminescence. It turns out, however, that experiments by E.V. Stabb and colleagues at the University of Georgia gainsay these conclusions. They present several cogent counterarguments, although I cannot tell if they dispose of the Gdansk proposal. I don’t think this is the place to go into the details of the controversy, given that some back and forth can be expected. However, I root for the role of bacterial light in DNA repair. Whether it pans out or not, as the Italians say: “Se non é vero, é ben trovato” (even if it’s not true, it’s a good story).