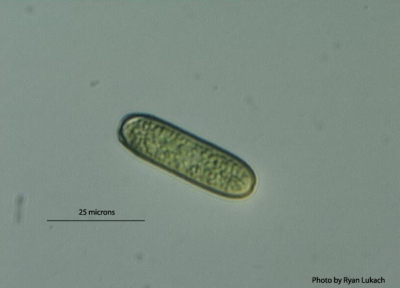 It’s not that many years ago that most people, me includ­ed, thought that bacteria lacked the ability to sense che­mical gradients, communicate with one another, make fancy multicellular structures (with a few notable excep­tions), and do some of the other things attributed to “higher” organisms. How things have changed! The num­ber of complex processes that bacteria can do grows by the month, leading me to wonder at times if eukaryotes invented anything! Would be worthwhile to try to list the fundamental cellular functions that are limited to eukary­otes (perhaps excluding multicellular organisms)?

To the list of phenomena that made this jump we can add bacterial circadian rhythms...

It’s been known since about 1985 that such rhythms exist in some cyanobacteria. In these organ­isms, many processes exhibit daily fluctuations, including global gene expression, oxygen uptake, and carbohydrate synthesis. One gratifying reason for diurnal/nocturnal periodicity is that nitro­genase is highly sensitive to the oxygen generated during photosynthesis. Unlike organisms, e.g. Anabaena, where photosynthesis and nitrogen fixation are carried out in different cells, unicellular cyanobacteria such as Synechococcus do both in the same cell. Here, the two processes are not separated in space but by time. During the day, they photosynthesize, at night they fix nitrogen.

Surprises abound. The genes involved in photosynthesis and nitrogen fixation are far from being the only ones showing circadian behavior. Most of the Synechococcus’s promoters show such a rhythm, a global behavior that may be dictated by changes in DNA compaction (LINK). Note also that the cell division cycle in Synechococcus is about 8 hours, so there is nothing circadian about it (circadian, for those that need reminding, comes from the Latin for circa for about, and dies for day). Periodicity is not dependent on external stimuli such as light or dark periods, but that’s im­plied in the definition of circadian rhythms. In the words of Golden et al, "Unlike a metronome that merely taps out the beat, the circadian clock that times the events in a cell knows the score by heart." So, these organisms got that swing!

It gets better. The whole of the circadian rhythms has been attributed to a lowly number of pro­teins, four. SasA, a sensory kinase is the primary transducer, and three others are central timing mechanism. They are called Kai A, B, C ("kai" means cycle in Japanese). There is, of course more to it and for the whole cell physiology to behave cyclically, many other proteins are involved as well.

Just as you thought that it couldn’t get any more interesting, there comes a startling discovery: the three Kai proteins act rhythmically in vitro. Mix the three, add ATP, and you see phosphorylation of KaiC undergoing a 21 hour cycle at 30° (link). What is startling is that Kai proteins from mutants with altered periodicity show the same periodicity in vitro as the cells from which they are derived. And these are not just flimsy oscillations. They are totally convincing and maintained for at least four robust cycles. This finding is in keeping with the fact that the proteins do not have to be made anew and that the circadian rhythm does not depend on transcription and translation.

Now the big question is, what kind of biochemistry operates over such a long time? The Kai pro­teins interact with one another and one makes hexamers from monomers that have two potential phosphorylation sites. This may lead to a complex choreography of polymerization, autophospho­rylation and dephosphorylation, which may lead to such unusual kinetics. I find especially puzzling that the same kinetics is seen in vivo and in vitro, despite differences in concentration of the rele­vant proteins and in chemical and physical milieu. There may be exciting ways of explaining all this, but for now, to me it seems like a mystery.