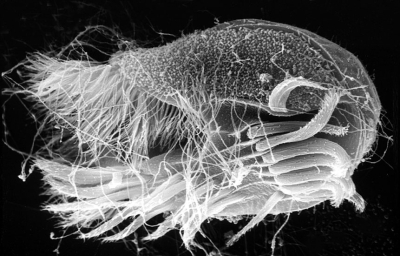 Figure 1. SEM of the ciliate Euplotidium itoi with bacterial ectosymbionts on its surface. Courtesy of G. Rosati..

Certain marine ciliates (i.e.,Euplotidium) use devices wor­thy of James Bond. Or so it looks like. These creatures carry bacterial ectosymbionts belonging to the Verruco­microbia that have extraordinary attributes. Before re­vealing what this is about, I need to pause for an admi­ring gaze at an Euplotidium. What is so startling is that these are single celled organisms with a cellular comple­xity rivaling that of many a multicellular animal. Legs on a unicellular organism? Actually what look like legs really act like legs. They are bundles of cilia called cirri  that per­mit the organism to walk or crawl on surfaces. Ciliates are like that – remarkable in looks and variety. See where Euplotidium fits in taxonomy.

Back to the bacteria on Euplotidium...

Giovanna Rosati and colleagues at the University of Pisa. discovered that these ciliates carry bac­teria on a band in an outer portion of the back. These are not your run-of-the-mill epibionts (or­ganisms that live on the surface of a host): when provoked by as yet poorly identified signals, they become a tethered projectile. Each bacterium eviscerates itself and shoots off a 40-μm long fi­la­ment. Aggregates of these filaments cover one end of the ciliate with what look like long thin fle­xible barbs. In the figure, you can see that the filaments of extruded bacteria cover part of the ciliate. Interestingly, in the laboratory euplotidia that carry these symbionts (termed epixenoso­mes) resist predation by other ciliates; those that don't are readily ingested. The way protection works is not yet known. 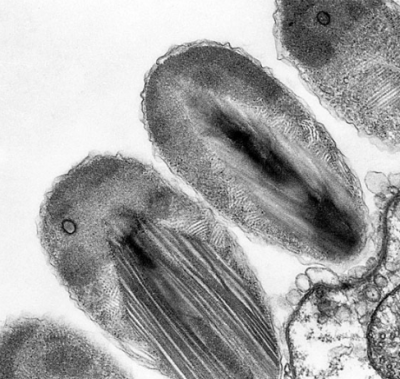 Figure 2. TEM of ectosymbiotic bacteria known as epixenosomes, on the sur­face of E. itoi. Cour­tesy of G. Rosati.

How does the bacterium extrude its contents? The bac­teria on the ciliates differentiate into unusual cells that contain a coiled protein ribbon (reminiscent of unrolled fly paper), surrounded by a basket-like structure made up of tubulin proteins. During extrusion, the bacteria open up and the tube unrolls, carrying on its tip densely packed DNA. This is a unique structural modification, the first of its kind to be described for bacteria. Note that Caedibacter, the endosymbionts of another ciliate, Para­mecium, as well as some free-living bacteria, also makes rolls of protein called R-bodies; we feature R-bodies here in STC.

Extrusion of body contents, however, is not news in biology. Various single and multicellular organisms display such mechanisms. Best known are the nematocysts ejected by stinging jellyfish, the occa­sional bane of swimmers in the ocean. Less appreciated but perhaps more startling is the “gun cell” of the oomycete Haptoglossa mirabilis, which shoots off a whole cell into passing rotifers (more about H. mirabilis some other time, I promise). In these cases the extrusion machinery is made by the organism itself. Instead, the Euplotidium uses bacteria on its surface to provide the extrusion apparatus. This is news.

Many questions are left to answer. How do the barbs protect the host from predation? How does the extrusion of the filament take place? What is the role of tubulin in extrusion? Why is there DNA at the end of the filament? Do other organisms use bacteria for this kind of defense? But, mecha­nisms aside, isn't this a handsome story?

how small is the smallest ciliate? how large is the larget ciliate? {important details}

Elio responds:
Go to this site for an answer
http://www.sizes.com/natural/protists.htm.
Here you;ll see that the largest is many cm long, the smallest about 1 micrometer.