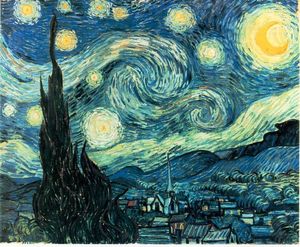 More numerous than stars in the firma­ment...

A number of recent analyses have led to estimates of the number of prokaryotes in the Biosphere. This is currently around 1031, but many believe that this is an underesti­ma­te. In any event, it is a huge number that makes the US national debt seem miniscule and far surpasses the number of stars and heavenly bodies in outer space. I'd like to point out that since every prokaryote is likely to make at least one bioactive small molecule (for signaling, ion complexing, and other purposes such as antibiotics) we can assume that a significant number of different small molecules (<3000 daltons) are represented.

Antibiotics are the best known class of microbial mole­cules because we have spent the most time looking for such activities (although quorum sensing autoinducers are sexier and are on a roll at the moment!). The world pharmaceutical industry was essentially founded on the production of antibiotics, but now eschews this important source of therapeutic agents because new compounds are difficult to find and increasingly expensive to de­velop and bring to market. It is widely considered that all the "low-hanging fruit" have been har­vested.

I would like to argue that the industry is "vertically-challenged". The compounds are out there, and with the right approaches can be found and used to treat human, animal and plant diseases. My good friend, Dick Baltz, who is one of the most creative and perceptive scientists in the field, cal­culated that the low rate of antibiotic discovery from nature is to be expected and that new ap­proaches, such as the metagenomic cloning of biosynthetic pathways from the environment, fol­lowed by expression in surrogate hosts, is not going to work (1,2). I am much more optimistic about the future of small molecule research and respectfully disagree with Dick's assessment for the following reasons 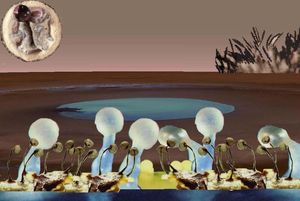 My point is that bioactive small molecules are critical to life. It has been suggested that they should be ranked equal in importance with the dogmatic three: DNA, RNA and protein. There must be an enormous number of dif­ferent small molecules in nature, waiting to developed and used to our advantage. We have to do a better job of finding these intriguing molecules, determining their structures, and developing ways of identifying their be­neficial functions. This is an enormous task and, obvi­ous­ly, it cannot be left to the pharmaceutical industry alone. However the industry and government could combine to fund the innovative academic research that is required to make sure that the compounds and their uses are found.

Julian Davies is Professor Emeritus at the University of British Columbia, Fellow of the Royal Society, and a former President of the American Society for Microbiology.