Let's Put Organisms Back in the Picture!

Is biology ripe for revolution, or at least for a revision of its attitude to life and the universe? Carl Woese certainly thinks so (Woese, 2004). He argues with some passion that biology has lost its "guiding vision" thanks to a narrow application of reductionist doctrine, and is in danger of be­coming merely an "engineering discipline", an applied science whose purpose is to manipulate living things rather than to understand them. Over the years, Brian Goodwin, Stephen Jay Gould, Richard Lewontin, Lynn Margulis and others have made plain their belief that something is amiss in biology as we know it. And for what it's worth, I think so too (Harold, 2001).

For myself, the focus of discontent is the status of organisms, microbes in particular. 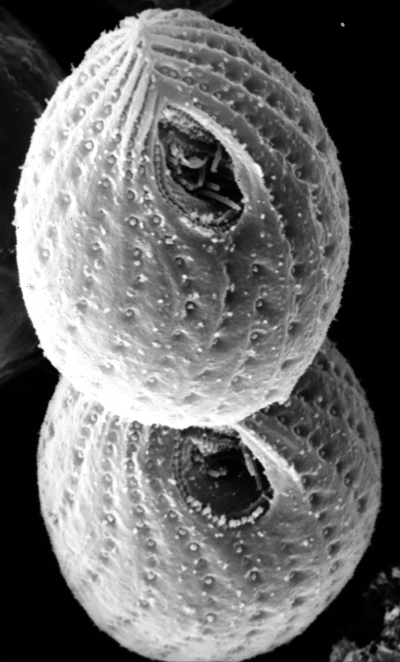 My Collins English Dictionary defines biology as "the stu­dy of living organisms, including their structures, func­tioning, evolution, distribution and interrelationships", and similar definitions will be found in textbooks. But that is not the outlook that dominates the field today. For the past half-century, researchers have been increasingly preoccupied, not with organisms but with their molecular constituents – their chemistry, interactions and inheri­tance. No one denies the wealth of understanding that the molecular approaches have generated; perhaps one must have lived through that revolution to appreciate its magnitude. But as is commonly the way with revolutions, this one has entailed both gains and losses. In this in­stance, what we have lost is the appreciation of organ­isms, and of all the higher levels of order that make or­ganisms tick: physiology, morphology, behavior and eco­logy. The point is not that molecular mechanisms are not relevant to organism's form and function; of course they are. The trouble as I see it is that we have come to regard organisms as epiphenomena, rather than as the indis­pens­able units that alone display the phenomenon called life. The almost universal presumption is that organisms can be fully understood in terms of their molecular con­stituents, which in turn are specified by their genes. Once we know what is spelled in the genes all the essential in­formation is at hand; all else is details, interesting but not of fundamental significance.

Granted, I have sketched a caricature; still, one can ask how successfully the sketch encapsulates reality. Let me focus here on morphology, the area that I know best. Is it true, as Francois Jacob famously put it ( Jacob, 1973, p 313), that "the whole plan of growth, the whole series of operations to be carried out, the order and the site of syntheses and their coordination are all written down in the genetic message"? If so, can we spell out how the transfiguration of a linear genome into a three-dimensional organism is carried out? Is form specified by particular genes? Does the phrase "self-assembly" supply a satisfactory image of that process, as Roy Britten (1998) has argued? Is it true that, when we grind living matter into a homogenate, nothing is lost that is irretrievable in principle? If something essential has been destroyed, what is it? Variation and selection at the level of genes is central to evolution; do they make up the whole story, or do more cellular modes of heredity contribute to the evolutionary play? It is curious that, even though the genocentric view of life is so commonly taken for granted, and its broad outlines have been so brilliantly com­muni­cated, by Richard Dawkins in particular (Dawkins, 1989, 1995), there seems to be no body of the­ory designed to bridge the gap between genes and organisms. And here comes a challenge to the reader: have I missed some important books or papers? If so, do please let me know!

We microbiologists are uniquely positioned to contribute to this inquiry, because in microorgan­isms the relationship between genes and cellular form is particularly direct and accessible. More­over, since for three quarters of life's history all the life that lived was microbial, it is obvious that the roots of morphogenesis (and of other integrated cell functions) must be sought in the evolu­tion of cells, not of flies and zebrafish. In recent years we have learned an enormous amount about how bacterial and eukaryotic cells grow, divide and shape themselves; and so we can ask how useful the gene-centered viewpoint is in making sense of the findings. I have tried to do this elsewhere in some detail (Harold, 2005), and the fit leaves much to be desired. Here, let me just summarize what, in my judgment, we can conclude from those observations about the manner in which cellular forms arise and persist from one generation to the next (reproduced with modifi­cations from Harold, 2005).

The spatial organization of cells, including the arrangement of cytoplasmic elements and the cell's global form, is not explicitly mandated by the genome; there are no genes that individually encode large amounts of cytological information. Genes do, of course, specify the primary sequences of all macromolecules, and portions of those sequences often play a role in the localization of the product. Cell architecture, however, arises epigenetically from the interactions among large num­bers of gene products. Many, perhaps most, of those interactions fall under the heading of self-organization, either by molecular self-assembly or by dynamic and energy-consuming self-con­struction. Now, when this self-organizing chemistry takes place in a living cell, it comes under con­straint and guidance from the cellular system as a whole. New gene products, and also the output of biosynthetic processes, are never altogether free to diffuse at random; they are released into a milieu that is already spatially structured, and they find their places in that pattern under the in­fluence of the existing order. These influences take various forms: cellular compartments, spatial markers and vectors, heritable membranes, the tracks and channels of intracellular transport, gradients and fields that supply positional information, and an array of physical forces including turgor pressure. The cytoskeleton is the chief instrument for imposing order on the construction site, and is itself a product of its own operations. Every cell is continuous with its progenitor, not only genetically but also structurally; and the new cell will, in turn, serve as a source of configura­tional instructions for its own daughters. Cells are not organized by the genome alone; they model themselves upon themselves, and therefore the smallest entity that can be truly said to organize itself is the whole cell. When you grind a cell into a pulp, something irretrievable is indeed lost: the organization that makes that cell alive.

So does it still make sense to insist that all the essential information required to specify a cell re­sides in its genes? In my opinion, no; but the question is more subtle than it appears, and the answer depends on the meaning we assign to ambiguous words (essential for what? What exactly is information?), and perhaps also on our timescale. With regard to cell growth and morpho­gen­­esis, it seems plain that a conceptual framework centered wholly on the genes makes an inade­quate guide; it leaves out too much, notably the spatial organization that makes things work. That organization persists from one generation to the next, sometimes with the help of the continuity of cell structure independent of the genes, mechanisms designated structural (or cell) heredity (for references see Sapp, 2003; Harold 2005). To understand what goes on there, one must stop think­ing of cell (or structural) heredity as an alternative mechanism for the transmission of specific characters; that's what genes are for. Rather, cell heredity is a consequence of the continuity of cell architecture, and complementary to the work of the genes. That cellular mechanisms help carry the patterns of spatial organization across generations seems to me self-evident; though we surely need more observations, especially from the bacterial world, as most of the available evi­dence still comes from eukaryotes. The wide-open question is how cell heredity plays out in cell evolution. Does it generate a pool of variations upon which natural selection can act? We simply do not know, and should be on the lookout for clues. And what about those cell membranes, which have apparently been passed, just like DNA, continuously from the dawn of cellular life (Cavalier-Smith, 2001)? To be sure, the enzymes and transport carriers that support membrane synthesis and functions are all proteins, specified by genes; but that does not explain why and how the membranes of mitochondria and chloroplasts still recall those of the bacterial symbionts that took up residence in cytoplasm more than a billion years ago. I take the persistence of mem­branes as a broad hint that genes were expressed in a cellular context from the beginning, and that cell heredity goes equally far back in time.

What is at issue here goes beyond figuring out how cells grow and divide. The deeper questions concern the nature of organisms, and their place in the hierarchy of nature. I would like to believe that we are slouching towards a new viewpoint that will show living things, not as mere products of the instructions encoded in their DNA, but as spatially-organized, energy-driven societies of myriads of molecules; entities that maintain their identity and reproduce their own kind, yet re­main open to innovation and transformation on the evolutionary time scale. Genes do, of course, play a major role in this molecular sociology, and each gene has its own history. But the history of life must also allow for the dance of those intricate constellations through time, in constant inter­action with an ever-changing environment. The new biology that Woese (2004) envisages will have to rediscover the organism. Only then will we be in a position to tackle the ultimate riddle: how on earth life could have arisen on a hostile planet from mere chemistry and physics.

Harold, F.M. 2001.  The way of the cell: molecules, organisms and the order of life. Oxford Uni­versity Press, New York, NY.

Thanks for your prompt reply! I have only a passing familiarity with systems biology at this point, but one claim that has recently captivated me is the finding that certain motifs are vastly over-represented in the transcriptional regulation networks of E. coli compared to randomly organized networks of the same size (http://www.nature.com/ng/journal/v31/n1/full/ng881.html); for some reason, certain patterns of regulation are far more abundant than others, regardless of the particular molecules involved. Why?

These motifs are a property of a system of molecules -- if only bite-sized morsels of it -- rather than individual molecules themselves. Are these reproducible patterns products of natural selection acting on individual genes within a plastic network, or must we invoke more esoteric principles of self-organization to understand their origins? My hunch is that Darwin can still take us quite a long way towards comprehending the origins of such phenomena (at least once you have a functional cell!), but at this point I'm treading in very deep waters.

At any rate, approaches like the above are fascinating to me, and they rest upon decades of work in molecular biology combined with a hefty dose of computation. Maybe bottom-up approaches to understanding the cell will forever yield an incomplete picture, but I think we're still learning a great deal from them.