A Phylogeny for a Kingdom 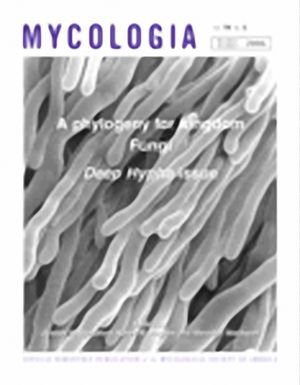 The November-December 2006 issue of Mycologia is de­vo­ted entirely to "A Phylogeny for the Kingdom Fungi," the product of 5 years of work by more than 100 fungal systematists carried out under the umbrella of "Deep Hy­pha" with the support of the National Science Founda­tion.

This astounding achievement is based largely on lots of data derived from multigene DNA analysis. To relieve the eye of the multitude of dendrograms, the authors have included some fine photographs of representative fungi from each group.

Each major lineage has a chapter to itself. Most chapters grew out of the collaborative efforts of laboratories worldwide. The record for group effort? The report on the ascomycetes Pezizomycota, with no less than 33 authors. Viewed as a whole, this achievement shows that working together on a massive project can lead to impressive results. Who, a generation ago, would have thought that such progress would be possible in this field? (Not I, says the blogger.)

And lastly, there is a sense of satisfaction that current day technology allows for a more logical and satisfying taxonomic scheme, yet does not completely undo the work of the old masters.