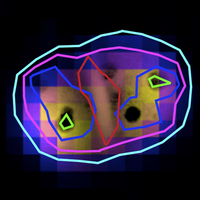 by Merry Youle | For 50 years, researchers have mulled over why D. radiodurans is able to survive 100 times more ionizing radiation (IR) than other bacteria, 2000 times more than a human being. Although both DNA and proteins are damaged by IR, DNA was widely regarded as the critical target. That D. radiodurans can suffer 100 double strand DNA breaks per genome suggests... Read more → 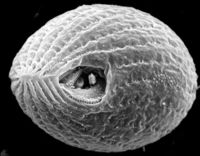 by Franklin M. Harold | Is biology ripe for revolution, or at least for a revision of its attitude to life and the universe? Carl Woese certainly thinks so. He argues with some passion that biology has lost its "guiding vision" thanks to a narrow application of reductionist doctrine, and is in danger of becoming... Read more →

What if someone discovered a fourth (or fifth, sixth, etc.) domain of life? Read more → 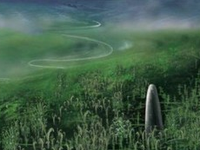 by Elio
If your answer is Alexander Fleming or Selman Waxman, you would be off by about 50 million years. The answer is... Read more →

A Phylogeny for a Kingdom

by Elio | The November-December 2006 issue of Mycologia is devoted entirely to "A Phylogeny for the Kingdom Fungi," the product of 5 years of work by more than 100 fungal systematists carried out... Read more → by Merry & Elio | More often than not, basic cellular phenomena have been deciphered first in bacteria, and then later elucidated in eukaryotic cells. A glaring exception is mitosis which was first described for eukaryotic cells in the 1880's. The corresponding story for bacterial chromosomes has remained uncharacteristically elusive. Truth... Read more →

A Friend Has a Birthday

by Elio | One of the most steadfast friends of this blog, Robert Murray, will soon be honored on his 88th birthday by an honorary degree from McGill University. A professor emeritus at the University of Western Ontario... Read more →

by Elio
"Encyclopedia of Life To Catalogue Species" is the headline in the Washington Post that announces a multi-institutional grant of $12.5 million to list and describe 1.8 million species that... Read more →

by Elio
In a recent article in Antimicrobial Agents and Chemotherapy, Steven Projan points out that there is an apparent correlation between the size of a bacterium's genome and... Read more →