« A Letter to the Blog | Main | Laser Pointers Make Me Dizzy »

For 50 years, researchers have  mulled over why D. radiodurans is able to survive 100 times more ionizing radiation (IR) than other bacteria, 2000 times more than a human being. Although both DNA and proteins are damaged by IR, DNA was widely regarded as the critical target. That D. ra­diodurans can suffer 100 double strand DNA breaks per genome suggests an extraordinary DNA repair mechanism. Alas, such a mechanism has not been found. 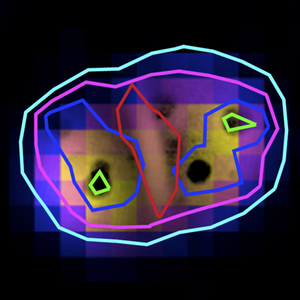 Attention shifted in 2004 when Daly et al. reported that the most IR-resistant bacteria had 300 times more man­ganese and three times less iron than the most IR-sen­sitive ones.

The moral of this story?  Protect your proteins and your DNA will take care of itself.