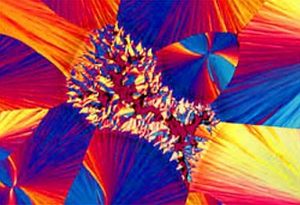 A long, long time ago, a biochemist friend of mine said to me jokingly (I think): "When I hear the  word lipid, I reach for my gun!" I'm not sure it was all that funny then, but any attempts at disparaging humor must cease now. A month doesn't go by without a report of a new role that lipids play in essential life processes. This is especially true for their activity as communicators between cells in multicellular organisms as well as between parasites and their hosts. Move over, proteins and peptides!

High on the list of lipids deserving respect are the oxylipins (not oxylipids)─polyunsaturated fatty acids with an oxygen molecule added. They're found in all eukaryotes─plants, vertebrates, invertebrates, and fungi─as well as in some bacteria. Oxylipins exert potent biological effects by carrying out a large array of hormone-like activities. Their vast repertoire includes functioning as signaling molecules in mammalian inflammatory responses (e.g., prostaglandins and leukotrienes) and in plant defenses against pests and pathogens. In a recent review, D.I. Tsitsigiannis and N. P. Keller discuss the breadth of action of oxylipins in various organisms. 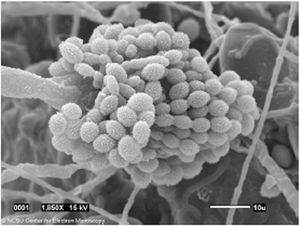 It's in the fungi that oxylipins most readily display the enormous range of their influence: they orchestrate differentiation (e.g., the yeast to hypha transition in Candida), quorum sensing, sexual development, cell aggregation, and pathogenesis. One example of their role in pathogenesis:  mutants of Aspergillus that lack genes required for making oxylipins do not make a mycotoxin nor can they efficiently colonize plant hosts. Counterintuitively, such mutants proved to be more virulent in a mouse host. This suggests that pathogenesis is a two-way conversation, and that the host has a lot to say to the parasite, as well as vice versa.

There is much more to this. Several fungi, some pathogens included, make the inflammation-associated hormone-like prostaglandins and leukotrienes. Until recently, these compounds were thought to be made by the mammalian host only. Not only that, but similar receptors for prostaglandins and other oxylipins are found in both fungi and mammals.

We are becoming more and more aware of the intricate conversations that hosts and parasite carry out with each other. The language is chemical, with a complex syntax, and with both polar and non-polar dialects.