« A New Photosynthetic Player | Main | Sprezzatura in the Lab »

Microbial Endocrinology: A Coming of Age 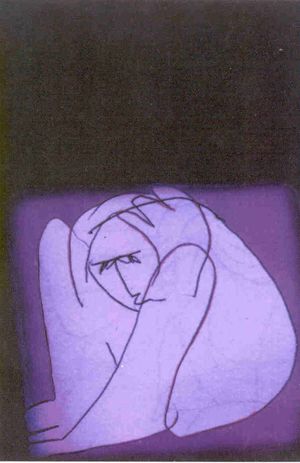 If you stick around long enough, you recognize a rhythm in science as old motifs resurface every now and then, gain prominence for a while, and then fade away. In my mind, tantalizing examples from the tides of Medical Mi­crobiology include the elusive role of microbes in chronic diseases, the indications of long-term perseverance of pathogens in the body, and the persistence of bacteria following exposure to antibiotics. Surely readers with bi­focals can add to this list.

Yet another recurrent topic is the relationship between infection and hormones, recently termed Microbial En­docrinology. (For a review on this subject, click here.)

It has been known for a long time that there is a con­nection be­tween stress and infection – specifically between the administration of norepinephrine and sepsis. Understandably, this had been thought to be due to immune suppression by the drug. More recently, it has been found – if you look carefully – that the bacteria themselves respond vehemently to such chemicals. The growth of several pathogens is strongly stimulated by norepinephrine, but only when the organisms are under their own kind of stress, as when starved for iron. No wonder this phenomenon has not received the attention it deserves; nothing happens when bacteria are grown in ordinary laboratory media from a large inoculum. This simple observation serves as a reminder of the difference between the carefree bacterial life in a flask of LB broth and coping with the demanding environment within a host.

Not only is bacterial growth affected, but so also is quorum sensing. Surprise! E. coli's receptor for its autoinducer AI-3 also functions as its receptor for norepinephrine. This is no mere laboratory curiosity. Norepinephrine can be shown to enhance the adhesion of E. coli 0157:H7 to intestinal epithelial cells as evidenced by the characteristic attachment and effacing lesions. Salmonella, Pseudomonas, and Listeria respond in their own fashion. For a commentary, click here. 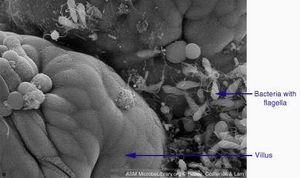 There is a lot more to Microbial Endocrinology. The intes­tinal tract, it turns out, contains as many neurons as the spinal cord – 100 million. Thus, intestinal bacteria are closely associated with the nervous system. News to us. The recent ASM General Meeting in Toronto included the first ever session on Microbial Endocrinology. The take home message was that pathogens use the host's neuro­endocrine effectors as signaling molecules for sensing their environment and initiating pathogenic processes. We all wonder at times about the connection between stress and infection. There is now the making of a science that can explain what's going on. And it's not even called immunology!