« The Victorian Way With Words | Main | A New Photosynthetic Player »

Plants and Animals Converse with Microbes in the Same Language 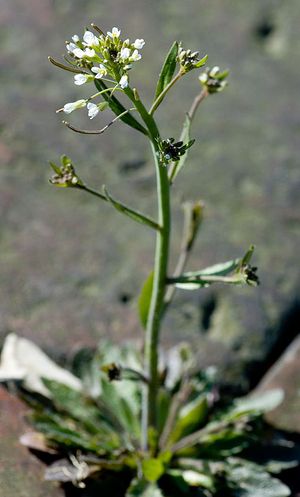 We've eavesdropped before (here and here) on the inti­mate chemical conversations between pathogens and their invaded hosts. Some plant-bacterium interactions are especially well known, such as those between plants and crown-gall bacteria or nitrogen-fixing rhizobia. What escaped our attention was that the mechanisms used to recognize the invaders can be similar in plants and ani­mals. Both groups take note of the presence of common­place microbial molecules. (A persnickety aside: one term often used for these microbial components is PAMPs – Pa­thogen-Associated Molecular Patterns. Because these constituents are found in pathogens and non-pathogens alike, some of us much prefer the term MAMPs – Micro­be-Associated Molecular Patterns). MAMPs include com­ponents of the bacterial cell envelope, bacterial flagella, and virus-associated nucleic acids. They are, in Lewis Thomas's words, the microbes' visiting cards.

MAMPS are recognized by a family of receptors called PRRs (Pattern Recognition Receptors). When cells of animal hosts sense the presence of MAMPs, this sets off powerful innate immune responses. In brief, both the soluble complement system and phagocytic cells are activated, resulting in the big battle between host and invaders. Plants, such as Arabi­dop­sis thaliana, also recognize bacterial MAMPs, specifically flagellin and the protein-synthesis elonga­tion factor EF-2.  But plants not being animals, their defense mechanisms are different. This is the subject of a recent research report. The MAMPs may be the same for plants as for animals, but the PRRs are not. Arabidopsis uses for this purpose a kinase called BAK-1 that regulates receptors for plant steroids (brassinosteroids). BAK-1 mutants still bind flagellin but don't trigger a response, indicating that BAK-1 is a positive regulator of the response to MAMPs. Brassinosteroids are si­milar to animal steroids and control both MAMP receptors and plant development. Remember that TOLL receptors are also involved in both these phenomena in Drosophila!  Plus ça change...