A Tale of Three Yeasts

This is a story of three species of yeast, three closely related Saccharomyces. For each of them, the entire genome sequence is known. So closely related are they that more than 99.95% of their ge­nes are conserved. In other taxa, they would be considered the same species. Nonetheless, they all occupy slightly different ecological niches. S. cerevisiae, man's partner in brewing for more than 5 millennia, is typically found on fruit such as grapes and figs. S. bayanus, a cryophilic species which can grow at temperatures as low as 4° C., has played a role in cider and wine fermentation. S. mikatae, a relative newcomer, is found in nutrient-poor habitats such as soil and decaying leaves. 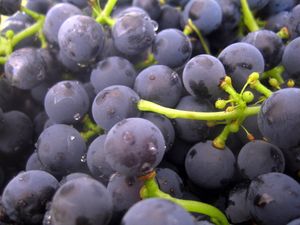 Diploid cells of all three switch from a budding yeast to a pseudohyphal form of growth in response to nutrient li­mitation, presumably to enable them to better search for food. In the lab, one can induce this shift by starving them for nitrogen. This ability to switch growth forms, called dimorphism, is shared by some important patho­gens such as the human pathogen, Candida albicans, and the corn smut agent, Ustilago maydis. It has been known for some time that two well-studied transcription factors (TFs), Ste12 and Tec1, act in concert to orchestrate the switch to pseudohyphal growth. Thus it is not surprising that their genes are among the ones conserved in these three species.

The authors of a recent research paper saw this as an opportunity to investigate an intriguing evolutionary question. Evolutionary divergence can result either from changes in gene composi­tion or in gene regulation. These three yeasts, with all but 0.05% of their genes in common and their conserved TFs, provide the opportunity to ask if the regulatory targets for these TFs have diverged, since the TF proteins themselves have not.

TFs bind to specific regions of the DNA (promoter regions) and regulate the transcription of genes downstream from each binding site. Can one determine whether a particular TF is regulating the same genes in all three species? These researchers had previously reported an improved tech­nique that enables them to do just that. Their method combines immunoprecipitation (to assay the formation in vivo of specific TF-DNA complexes) with high resolution DNA microarrays (to map the location of those TF binding sites). The next step? Map the DNA sites where Tec1 and Ste12 bind during the induced switch to pseudohyphal growth in each of these three species.

What does this show? Crucial evolutionary changes don't necessarily require large genomic alter­ations. Granted, this is not exactly news. Still we find this to be a particularly elegant example illustrating the evolutionary sensitivity of regulatory sequences – something fundamental that would have escaped genomic analysis. Evolutionary leverage.

We thank Bob Murray for calling our attention to this article. He concluded his message with: "Who regulates the regulators?"