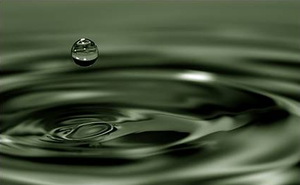 A previous post regarding the experiments performed with Salmonella during a Space Shuttle flight elicited some interesting comments. We communicated them to the senior author of the paper, Dr. Cheryl Nickerson of Arizona State University. She sent us the following though­tful and informative response. We look forward to a flurry of future studies on the effects of space travel on our favorite micro-astronauts.

Thank you for your message. My lab was very excited to see that our work is posted on your blog! I appreciate your interest in our work and the opportunity to discuss our spaceflight studies with Salmonella. While NASA and other space agencies have been performing microbiological flight experiments since the 1960's, the way microorganisms respond to the spaceflight environment is still unclear. Perhaps the greatest hurdle of doing biological research in space is the tremendous constraints of resources during flight. Limitations of up mass, down mass, power, and crew time create many unique challenges in experimental design and often simplify work that could have multiple possibilities. NASA has been very generous in accommodating our experimental requests, but their resources are constrained as they finish the International Space Station.

The Microbe experiment was designed to take an initial look at the effect of spaceflight on changes in gene expression and virulence, as these parameters had not been previously investigated. Your suggestion of a centrifuge is an excellent control, but this equipment was not available for us on the Shuttle. Even had a centrifuge been available for our work, it would not have been compatible for use with our in-flight hardware. However, the good news is that a centrifuge will be available on the International Space Station and is planned for use in a future microbial flight experiment headed by Dr. Max Mergeay from the European Space Agency.

An additional point that I would like to make is that while the Microbe experiment investigated the response of microorganisms to the spaceflight environment, we saw similar responses in the same strain of Salmonella in our lab using a spaceflight analogue culture system. These systems are special bioreactors designed by NASA to simulate the low fluid shear culture conditions encountered in the microgravity environment of spaceflight. Using these low fluid shear bioreactors, we were able to reproduce many Salmonella phenotypes that we observed in spaceflight here on the ground — including an increase in virulence, as well as differential expression of many of the same classes of genes, including the global regulator Hfq. Since the ground-based bioreactors were able to simulate many of the Salmonella responses that we observed during spaceflight, those specific changes could not be due to microgravity or ionizing radiation, since those environments are not encountered in the bioreactor. However, it is important to add that there were also differences observed in Salmonella 's responses between culture in the bioreactor and spaceflight, and we do not know the underlying mechanisms responsible for these changes. Thus, a great deal more work needs to be done in future experiments to address this, including the use of a centrifuge control, and whole genome sequencing would also be reasonable.

Our collective published data (from both spaceflight and spaceflight analogue culture systems) indicate that it is the low fluid shear growth environment associated with microgravity, where turbulence and fluid action is minimal, that plays a major role in the response of Salmonella to spaceflight. Since there are also low fluid shear areas in the body that are encountered by pathogens during the natural course of their infection (including in the gastrointestinal tract which is the primary site of Salmonella infection) it is possible that the use of low fluid shear platforms may hold promise for innovations in infectious disease control here on Earth. If true, that would be exciting.