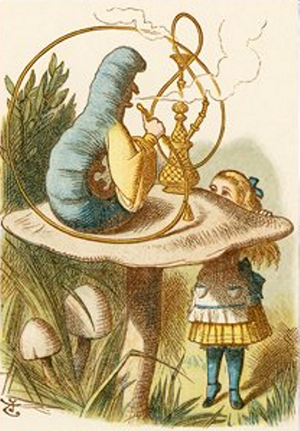 "Curiouser and curiouser!" Cried Alice (she was so much surprised, that for the moment she quite forgot how to speak good English).
Lewis Carroll

Protists are among the most unconventional of crea­tures, especially when it comes to their genome acro­batics. A recent issue of Science has two mind-boggling examples.

In one, we're told that the mitochondrial genes of Diplo­nema papillatum (a relative of the trypanosomes) are fragmented into at least three pieces, yet the transcripts, without exception, are contiguous. How is the mRNA made? Not, as might be expected, by splicing at the level of the DNA, nor by the removal of introns via trans-splicing of the RNA transcripts, but rather by joining together the RNA segments. As the authors, W. Marande and G. Burger, acknowledge: "This suggests an RNA processing mechanism, whose detailed biochemistry remains to be uncovered..."

The other, a paper by Y. Sekine and colleagues, is about Cyanidioschyzon merolae, our favorite tiny red alga. Eleven of its tRNA genes are circularly permuted (as are genomes of some phages) but their halves are in a backward orientation, the 3' half of the gene being upstream of the 5' one. These genes are processed via a circular intermediate to yield functional tRNAs. 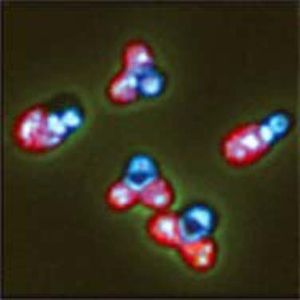 What's this about? How can such arrangements arise and be maintained? We cop out and defer to an especially illuminating commentary by L. Landweber in the same issue.