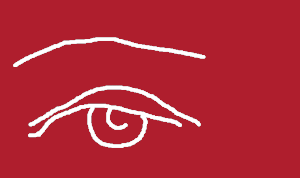 This is our first multiple-part question.

If one believes (as some out there do) that there was a free-living LUCA (Last Universal Common Ancestor), then what kind of lipids did it have?

I. If eubacterial, then explain why it would evolve the archaebacterial type in the presence of a good lipid synthesis solution. (Bonus question: And why was that only done once?)

II. If archaebacterial, then return to I) for the converse solution (with bonus).

III. If both, explain why we do not invoke differential loss for everything that distinguishes archaebacteria from eubacteria, and explain what is wrong with Ford Doolittle's strong Genome of Eden argument, while recalling that LGT (lateral gene transfer) only explains similarities, not differences (an interesting observation).

IV. If none, suggest what might have served to contain organics from their environment en route to self replication, recalling the so-called concentration problem (molecules must meet to react).

V. If dissatisfied with I-IV, suggest where the LUCA might have got going as a non-free-living entity.

VI. If disgusted with all of the foregoing, suggest a solution to compartmentation from the environment and the universality of chemiosmosis (except in a few derived fer­menters that live off autrotrophs) that circumvents I-V, recalling that thermodynamics is not just a good idea, it's the law. Put another way, thermodynamics is as close as it gets to a genuine logical constraint in biology.

VII. If this leads you into origin of life literature, explain why it is written mostly by chemists and physicists who, by trade, do not understand much about microbes (their explanandum).

Bill is at the Botanical Institute III, University of Düsseldorf