« Joshua Lederberg and the "Cellularity" of Bacteria | Main | Archaeal Web »

Fine Reading: The Origins of Photosythesizers

The discovery of bacterial fossils dating back to the early days of the Earth is among the most stir­ring facets of microbiology. I hadn’t assumed that the subject had been exhausted, but I did think that the basic facts regarding early photosynthetic cyanobacteria had been established. Not exact­ly so, as I have learned by reading the review written by Robert Riding of Evolution of Primary Pro­ducers in the Sea by P. G. Falkowski and A. H. Knoll. In a few words, Riding makes it clear that we have an incomplete and uncertain knowledge of the development of photosynthetic organisms in the oceans. 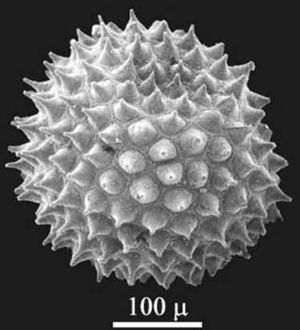 Fossils can be both deceptive and uncommunicative. Some of the most celebrated 3.5 billion year-old fos­silized cyanobacteria have turned out to be artifacts. (FYI, the more likely time for the origin of cyanobacteria and of oxygenic photosynthesis is about 2.9 billion years ago.) The identity of what came later – the first eukaryotic pho­to­synthesizers – is largely unresolved because, although they have bequeathed to us their organic-walled micro­fossils, those enigmatic structures do not tell us all we want to know. The organisms that dominated the phyto­plankton from their first appearance (~1700 million years ago) until 250 million years ago are called acritarchs (from the Greek akritos, uncertain + archē, beginning). Although they look like unicellular algae, they remain true to their name's etymology. Acritarchs were content to stay pretty much the same, at least morphologically, for over one billion years. Then, beginning about 250 million years ago, the fossil record offers up familiar algal cysts and shells, providing a clear trail that we can follow right up to the present.

While trying to unravel the evolution of these organisms, the book also considers how they altered their world and learned to adapt to it – the prime change being the oxygenation of the Earth. The evolution of this group of microbes is not only of historical interest, but provides a perspective for viewing the worrisome trends affecting our planet today.