Phages on the surface of an Escherichia co­li cell deliver genetic material into the bacterium. © Eye of Science

When you're outnumbered five or ten to one, strategy counts. Bacteria and archaea are master strategists, thriving despite the omnipresent hordes of phage. For some time, it has been known that prokaryotic cells have ploys for blocking phage adsorption, preventing DNA injection, recognizing and cleaving the incoming DNA, and otherwise aborting the infection. Recently, another potent – and likely very ancient – mechanism of defense has been discovered.

In 1987, researchers reported finding that the E. coli genome contains something unanticipated, namely clusters of regularly interspaced short palindromic repeats, now known as CRISPRs. Since then, CRISPRs have been found all over – in 40% of all se­quenced bacterial genomes, 90% of archaeal genomes. A CRISPR is an array made up of a series of direct repeats alternating with short intervening regions ("spacers"). The number of CRISPR arrays varies from organism to organism, as does the number of repeats. The repeats within each array are almost always identical; the intervening regions vary. Strong interest in CRISPRs was aroused when it was found that the sequences of some spacers matched sequences in known phages or plasmids. (For an excellent recent review, click here.)

(Click to enlarge)
Diagram of a CRISPR array. CAS genes are CRISPR-associated genes that encode the CRISPR enzymatic machinery. Source

Recently, Barrangou and colleagues found that CRISPR systems can provide resistance to phage infection in Streptococcus thermophilus. They had good reasons for choosing S. thermophilus, as this is the workhorse of the dairy industry, used widely for the production of cheese and yogurt. Since phage infection has been an ongoing problem for that industry, numerous phage-resistant strains are available, as well as genome sequences for more than a dozen infecting phages. These researchers found that resistant strains have addi­tional intervening regions (spacers) in one of their CRISPR arrays. Next step: they challenged the phage-sensitive strain with either of two phages, or with both simultaneously, and recovered nine new phage-resistant mutants. In every case the mutant had acquired between one and four new intervening regions. Startlingly, the sequences of those regions were derived from the phage genomes.

When the sequence of an intervening region was identical to a phage sequence, the mutant was resistant to infection by that phage, and resistance increased with the number of such regions acquired. If even just one nucleotide did not match, resistance was lost. Thus it is the intervening regions that provide the specificity – the business end of the arrays. One can think of this pheno­menon as a case of inherited adaptive immunity. CRISPRs add to the variety of ways that we see genomes changing in a regulated manner. Chromosomal DNA, once the staid repository of pro­tein-encoding information, has evolved into "the dynamic genome." 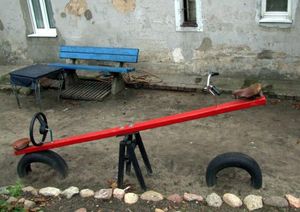 This fast-paced arms race between phage and prokar­yote host continues. The acquisition of new intervening regions by potential host cells is rapid (with the oldest ones being deleted to keep the size of CRISPR arrays in bounds). Entire CRISPR systems have been acquired by horizontal gene transfer. Phage evade the new defense by mutations (either nucleotide substitutions or dele­tions) in the corresponding sequences, thus trumping that particular CRISPR sequence. The advantage seesaws back and forth. You might well be thinking that phage, also being terrific strategists, have evolved some ways to inactivate the host's CRISPR system. Indeed, the first suggestive observations have already been reported.

The intriguing story, which is just starting to be deciphered, is how CRISPRs work, i.e., how their information is transmitted. Although the exact mechanism by which they confer immunity is not known, there is evidence suggesting a gene-silencing mechanism similar to the RNAi pathway in eukaryotes. Since many of the intervening regions are homologous to host chromosomal DNA, CRISPR might also play a role in regulating chromosomal genes.

CRISPRs may have a number of possible applications, including bacterial strain typing (spoligo­typing), antiviral therapy, and microbial gene silencing. The words small interfering RNAs (siRNAs) are being heard throughout the microbial lands.

Amazing post! did you find anything more about this lately? I am working with CRISPRs in Enterococcus hirae.