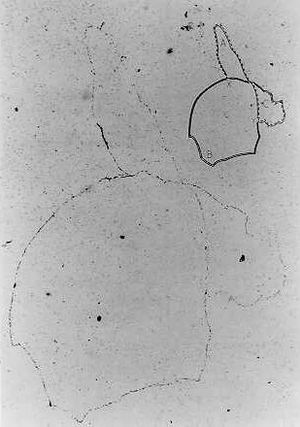 Last year, a team of Japanese researchers deliberately converted the circular chromosome of E. coli into a linear one. To do this, they borrowed some tricks from the lambdoid coliphage N15, a temperate dsDNA phage whose prophage exists and replicates as a 46 kb linear plasmid. When tested in L broth at 37°C, the modified E. coli were indistinguishable from wild-type in terms of growth rate, nucleoid appearance, and overall pattern of transcription – provided that the linearization occurred at or near the chromosome replication terminus.

Should we be surprised?

At one time, chromosome structure was one of those cherished quirks that separated the biological world into two camps: eukaryotic cells with separate linear chromo­somes and prokaryotic cells with a haploid, circular chromosome and often one or more circular plasmids. This turned out to be wrong because the reality for prokaryotes is more varied than that. (For a review article, click here.) The first linear bacterial chromosome was discovered in 1989 in the spirochaete Borrelia burgdorferi, the agent of Lyme disease. Since then, linear chromosomes have been found to be sporadically distributed among very different bacteria, ranging from the Borrelia with their small (950–1000 kb) genomes to free-living, filamentous, gram-positive Streptomyces with 6–9 MB genomes. Then there is the α-Protobacterium Agrobacterium tumefaciens with one circular and one linear chromosome. It appears likely that linearization occurred independently in different lineages. 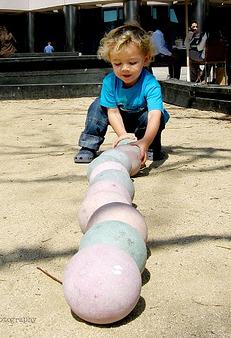 Switching from circular to linear needn't be complicated. A single crossover between a circular chromosome and a linear plasmid could produce a linear chromosome ending with the plasmid termini. Linear plasmids have now been found in numerous Streptomycetes and in all members of the genus Borrelia. In all cases the plasmid and host use the same type of telomere. At times the distinction between circular and linear replicons seems to disappear as some plasmids can replicate in either form, some organelles (for example, plant chloroplasts) appear to make use of both. Various circular replicons, including the conjugative plasmids, routinely go linear at some point.

The linear chromosome of S. lividans can be circularized in the lab by deleting the terminal repeats. These cells grow as well, or almost as well, as wild-type. Neverthe­less, as of 2000, all natural Streptomyces isolates tested had a linear chromosome. And the species with circular chromosomes appear to stubbornly stick to their way of doing business, as do those that prefer linear thinking.

So, should we be surprised?

Hah! My microbiology textbook is wrong!! It has never even mentioned the possibility of prokaryotes having linear chromosomes. Not even as a passing comment. That, to me, seems wrong. I can understand my bioplogy books not saying anything, but a microbiology textbook? Even if it is introductory, it should have at least been mentioned in a footnote.

So, um, in direct response to the blog... well, this pokes a huge hole in my response to TQ #2! I also found this blog very fascinating. Good work!

Autumn,
I rather hope that your comment on textbooks was tongue in cheek. Us textbook writers (and I did several) are beset by the problem of rapid advances in the field. This is a good example. The paper on the linear E. coli chromosome is both recent and startling. Not the kind of thing a textbook writer could have predicted. Be kind.