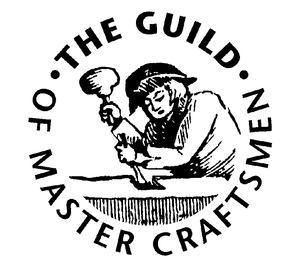 The dictionary defines a guild as “an association of crafts­men in a particular trade.” Let’s extend this term a bit and apply it to the community of microbiologists. I make this point because I am intensely aware that I belong to a group of people united by their particular professional interests. Whenever I meet another mi­crobiologist for the first time, I feel a high degree of affinity with him or her. We can immediately converse about common in­terests, and especially about people we both know. There is usually only one "degree of sepa­ration," two at most, depending in part on generational differences. How different this is from my encounters with members of other guilds, e.g., lawyers, carpenters, policemen, en­gineers.

Looking into this a bit deeper, I find that this sense of belonging matters a lot to me, and to my mental well being, no less. I have derived and continue to derive emotional support from being a member of a community of people joined together by common experiences and shared concerns. You can now see why I consider my year as president of the ASM to have been one of the high­lights of my professional life. The memory recedes, as the date was 1985, but I still treasure the experience.

This feeling has been deepened by the fact that all branches of our science have so much in com­mon. Microbiology, as I and others have stated before (here and here), is a truly integrative sci­ence. The various branches converge in terms of both experimental approaches and conceptual foundation, which makes for ready affinity among its practitioners. I remember, going back per­haps 40 years, when I met a stranger on a train in Europe and learned that he, too, was a micro­biologist. This was tempered, however, by his telling me that his field was dairy microbiology. I found this to be remote from my interests and, best I remember, I soon changed the topic of the conversation. This would not be the case today, as I would delight in the fact that this (and most other microbiological specialties) was just one topic in environmental microbiology, ergo microbial ecology, with a strong genomic component. Surely, there would be a lot that we could talk about.

What prompted these musing was the recent case of Bruce Ivins, the Fort Detrick microbiologist who took his life, apparently in connection with the protracted anthrax investigation. I didn't know Dr. Ivins and have had no connection with people working at labs such that one. I have no way of knowing with certainty whether the allegations of his involvement with bioterrorism are founded or not. But whatever the case, I am deeply saddened by this event. He was a member of the guild, thus a fallen colleague.

I am scrambling to teach the value of the "Microbial Monarchy" here on Planet Microbe to my fresh new students, Elio, but I wanted you to know that I am handing out that review that you and Stan Maloy (a great fellow, as you know far better than I do) wrote in 2006 tomorrow in class (lecture #2). Thanks for the link. I often can't get access to interesting papers without a bureaucratic limbo dance.

I only get one shot to teach Microbial Love to these young men and women. This is really the first exposure they have had to microbiology. Me, I think that microbiology needs to be integrated across the liberal arts biology curriculum, but again you know that more than I do! You essay will help...as well as STC. Best wishes...