The View From Here – by Richard Losick

My dear friend Linc Sonenshein introduced me to Bacil­lus subtilis forty years ago when he was a graduate stu­dent with Salvador Luria. The remarkable capacity of B. subtilis to transform itself into a spore has been the fo­cus of my research ever since. Before too long, Sonen­shein and I focused on 168 and related strains, the E. coli K12 of the B. subtilis world. We did so for the reason that, thanks to the pioneering work of John Spizizen (with some magic from Charley Yanofsky and Norm Giles sprinkled in), strain 168 exhibited the remarkable capa­city to take up DNA from its environment and recombine the DNA into its chromosome. This discovery of genetic competence opened the way to traditional and, eventually molecular, genetics in B. subtilis and made the bacterium a premier model organ­ism. At the same time, and what I did not realize until many years later, we also paid a price for using a strain that had been passaged many times in the laboratory.

Domestication has led to the production of long chains of sessile cells. Shown is a fluorescence micrograph taken by Dan Kearns of growing cells of laboratory B. subtilis. In addition to swimming cells (the green-colored singlets and doublets), the population contains many long chains of sessile cells. The cells were visualized with the vital membrane stain FM4-64 (red) and contained a fusion of the gene for the Green Fluorescence Protein (responsible for the green color) to a promoter under the control of a transcription factor that controls motility. Thus, only the motile cells in the image are green. Wild (undomesticated) strains, in comparison, produce relatively few chains of sessile cells. (For details, click here.)

Ferdinand Cohn reported the discovery of B. subtilis in 1877. But the B. subtilis laboratory strains of today are a shadow of their former selves. Years and years of mani­pulation in the laboratory has robbed B. subtilis of much of its biology. On the one hand, laboratory strains can be transformed with DNA much more efficiently than un­do­mesticated strains. On the other hand, laboratory strains are generally deficient in a variety of behaviors manifest in wild strains. Whereas wild strains are highly motile, have the capacity to swarm on surfaces, and form archi­tecturally complex communities (biofilms), laboratory strains form long chains of sessile cells, fail to swarm, and form smooth colonies and thin pellicles. Indeed, stu­dies with biofilms (in collaboration with Roberto Kolter) have changed our thinking about sporulation. We tradi­tionally treated sporulation as largely a behavior of so­litary cells, but recent work emphasizes the importance of studying spore formation in the context of multicel­lu­lar communities (as has long been recognized in myxo­bacteria).

How did this happen? I suspect that it is the result of heavy mutagenesis along with generations of researchers who, without thinking about it, favored rare smooth colonies that stayed put on the agar plate over other more unruly ones.

There are two lessons here that may of general interest for those of us who consider small things. First, much biology may await discovery from revisiting the ancestral roots of popular laboratory strains. Second, this missing biology may hold the key to understanding the function of some of the myriad mysterious genes with which bacterial genomes are riddled. In short, back to the wild! 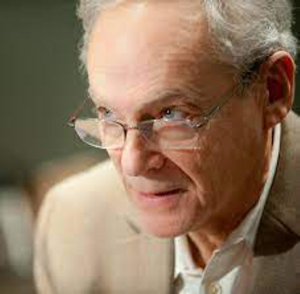