The View From Here – by John Coffin

Why is it so hard to make an HIV vaccine? The answer lies in the unusual relationship of this particular virus with its host.

By and large, viruses of humans and other animals in­ter­act with their hosts in one of two ways. After an initial period of rapid (often symptomatic) infection, some vi­ruses (e.g., influenza) are cleared completely by the im­mune system. Others (e.g., many herpes viruses) es­tablish a lifelong latent infection, only to reappear much later when conditions allow. In either case, the immune system effectively clears the virus from the host. Once established, the adaptive humoral response can prevent future infection with antigenically similar viruses. This is what makes vaccines work. 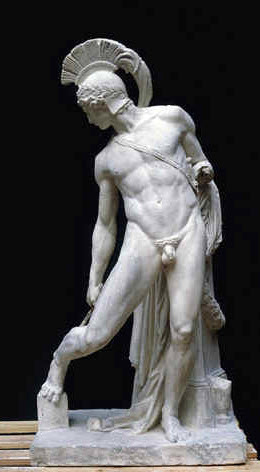 Achilles Wounded in the Heel by Paris. Sculpture by Charles Alphonse Gumery, 1850. Gumery shows Achilles as noncha­lantly inspecting his wound, even though it will eventually kill him. Source

Relatively recently, we learned that some retroviruses, including HIV and its dozens of primate lentivirus rela­tives, have evolved to infect hosts other than their ori­ginal ones. In the original hosts, the primary infection is usually fairly mild, but the virus is only partially cleared by the immune system. Later, virus replication and cell killing continue at the same pace for the life of the host, although at a lower level. Usually, this process has little or no effect on the host's lifespan, allowing the oppor­tu­nity for transmission to naïve animals. When the virus jumps to a new host (such as the recent transfer of HIV-1 from chimpanzees to humans and of SIVmac from mon­keys called sooty mangabeys to rhesus macaques), the process of infection is essentially the same, but even­tu­ally something goes awry. Infection leads to the slow, progressive loss of the target CD4+ (helper) T cells, and thence the nearly inevitable immune collapse and death of the host.

Clearly, the benign relationship of primate retroviruses with their primary hosts is the product of a very long per­iod of coevolution. In the process, the virus has evolved two features to avoid the immune response and there­fore to make an effective vaccine highly elusive to pro­duce. Both arms of the immune response, humoral (an­tibodies) and cellular are so affected.

The virus is almost completely invisible to antibodies because of several unusual features of its envelope glycoprotein (gp120/gp41) – the normal target for neutralizing antibodies. First, this pro­tein is adorned with an extraordinary amount of carbohydrate moieties on its exposed portion. Since these are added by host enzymes, they are seen as "self" by the immune system. Second, these carbohydrates, being on the surface, hide the virus-specific portion, just as a layer of sugar conceals the chocolate in a Tootsie Roll Pop (my favorite model). Third is the remarkable rate of variation of several exposed loops on gp120, which allows the virus to easily outrun the relatively feeble immune response that targets them. Finally, the binding site for the CD4 receptor, which must remain exposed and invariant, is hidden from antibodies by its location at the bottom of a pit. The virus has compensated for the relatively low binding affinity for the receptor by evolving a two-step entry mechanism, where receptor binding triggers rearrangement of the protein, expos­ing binding sites for the co-receptor (CCR5 or CXCR4), which can then interact with sufficient affi­nity to trigger the rearrangement necessary for membrane fusion. The region exposed by CD4 binding is capable of generating an antibody response, but its brief existence and location at the virion–cell interface prevent effective access by antibodies. 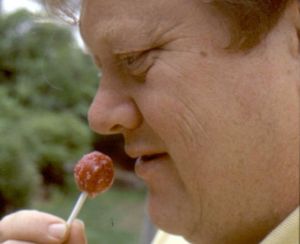 My good friend and occasional collabor­ator, Jonathan Stoye, with a Tootsie Roll Pop. Jonathan likes chocolate, but being British, he does not realize that there is a piece of chocolate inside all that sugar. In this respect, the immune system can be thought of as "British," in that it does not react to the foreign protein sequences of HIV gp120 under the layer of carbo­hy­drate.

The cellular immune response (via cytotoxic T lympho­cytes, or CTLs) plays a significant role in modulating the level of infected cells but is incapable of clearing them altogether for a couple of reasons. For one, as the num­ber of infected cells declines, the number of CTLs also declines. For another, HIV replication targets the CD4+ T helper cells – the very cells that are essential for the most effective CTL killing. This leaves only a relatively weak helper cell-independent response. The upshot is that even when antiviral therapy has reduced the number of productively infected cells by as much as 6 orders of magnitude, the immune system cannot clear the small residue of infected cells. If therapy is discontinued, even after many years of treatment, the infection always re­covers to previous levels.

To make things worse, there is no evidence that natural infection with HIV can induce preventive immunity. In­deed, there are plenty of examples of successful superinfection of a previously infected individual, even by closely related strains. Nor is there any single proven case of complete clearance of virus from an HIV-infected individual, with or without treatment. Furthermore, to my knowledge, a successful vaccine that relies solely on a CTL response has never been developed for any virus. Viewed in this light, the failures in large-scale clinical trials of vaccine candidates designed to elicit either neutralizing antibodies or, most recently, CTLs, should hardly come as a surprise to anyone.

Given the obvious need for effective prevention to stem the AIDS pandemic, we must keep trying. Unfortunately, HIV has evolved into a niche whose very properties seem designed to thwart our attempts to turn the immune system against it. As an article of faith, we must believe that there is an Achilles’ heel in the virus’s sugary armor that we can exploit, but we haven’t found it yet. 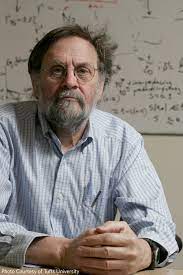 Posted on September 29, 2008 at 10:21 AM in Evolution, Pathogens, Teachers Corner, The View From Here, Viruses | Permalink