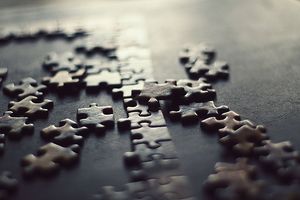 Nothing like being lazy on a nice Autumn weekend. If you are so inclined, and yet you are wondering about meta­gen­omics and specifically about what it has done for our understanding of the microbial world, here's a satisfying piece by Hugenholtz and Tyson. For those who can't wait to read it, here are some of the main conclusions.

Among other things, microbial metagenomics:

But there are limitations. As sequencing costs drop, the amassing of huge numbers of sequences is outstripping computational capacity. Eukaryote genomes are still to be avoided. And if you dream of doing comparisons of every sequence against every sequence, you'll likely have to wait for a new generation of computers. Nice to know that the bottleneck is not with microbiology, but in somebody else's bailiwick, instead.

Once again, a great paper and post useful to my microbiology students. Really good mini-review, and very accessible to undergraduates! Many thanks....