Fine Reading: The Origins of Multicellularity 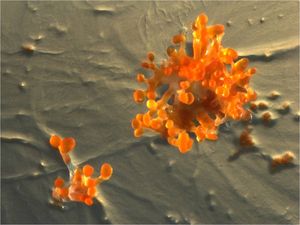 We lovers of microbes delight in the complexity of mul­ti­cellular bacteria such as the actinomycetes, the myxobac­teria, and some cyanobacteria. But, how often do we stop and think about how eukaryotes became multicel­lular and how the likes of us came about? To remedy this state of affairs, we suggest a very fine review on the ori­gin of multicellularity by Antonis Rokas. It may reinforce your view that this phenomenon, as most in biology, had its beginnings in the prokaryotic world. (We once jokingly proposed that the earliest multicellular organisms may have been the obligate multicellular magnetotactic bac­teria.) This paper will further expand your horizons. Mul­ticellularity evolved early on, numerous times, in both prokaryotic and eukaryotic lineages. Thus, this is a rich subject.

What will you learn from this review?

First, what good is it to "go multicellular?" Here are some of the advantages thought to accompany multicellularity: reduced predation, more efficient food consumption, facilitated dispersal, limited interactions with noncooperative individuals, and division of labor. All useful benefits. Rokas also points out that the unicellular lifestyle can produce conflicts, for example, the dependence of fla­gellum-induced motility and mitosis on the same molecular machinery, and the requirement for spatial or temporal separation of certain metabolic processes. This appears to have been resolved, for example, in the myxobacteria. Their multicellular fruiting body permits functional specialization, at least in principle. 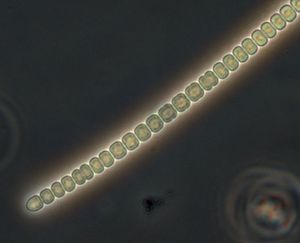 We learn that such increases in gene complexity "are the product of evolutionary innovation, tin­kering, and expansion of genetic material." And, focusing particularly on animals:"In agreement with inferences from studies on bacterial transitions to multi­cel­lularity, the transition to multicel­lularity in animals may not have required the evolution of new genes but rather an increase of complexity of certain gene families…"

Interesting perspectives on our own family tree.