The Two Edges of the Antibiotic Sword 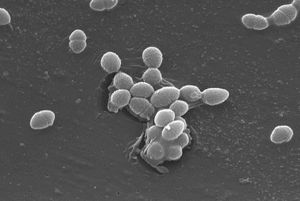 Antibiotics transformed medicine. For almost the first time in history, they made it possible to medically cure diseases (granted, surgeons were able to cure some people before the antibiotic era began, little more than half a century ago.) However, when someone takes an antibiotic aimed, let's say, at an E. coli causing a urinary tract infection, every bacterium in that person's body is placed under selective pressure. Within a short time, the body is repopulated with antibiotic-resistant strains. The broader the spectrum of the antibiotic, the more cata­clysmic the change in our microflora. Sometimes this has devastating consequences, such as the patient becoming super-infected with highly resistant bacteria. But, it turns out, antibiotics do more than that: they indirectly compromise a component of the innate immune defense.

This story unfolds by degrees. Enterococci are drug-resistant bacteria that have acquired promi­nence in recent years as opportunistic pathogens. Despite their expansive name, enterococci make up only a small part of the normal intestinal microflora. However, they are increasingly common pathogens, causing bacteremia in patients who have received many rounds of anti­bi­otics. These bacteria are inherently resistant to cephalosporins, a commonly used class of beta-lactam antibiotics. One of one of them, E. faecium, is also resistant to penicillins. As if this were not bad enough, relatively recently E. faecium acquired a plasmid that makes it resistant to another antibiotic that disrupts cell wall synthesis, vancomycin. It has been generally assumed that the increase in hospital-acquired (nosocomial) vancomycin-resistant enteroccocci (VRE) infections in the United States is a direct result of widespread use of antibiotics to which VRE are insensitive. The idea is that by wiping out the competition, we give VREs "more room to proliferate."

Katharina Brandl and coworkers at Sloan Kettering in New York City, a hospital where VRE bacte­remias are not uncommon, wondered if there might be a more subtle explanation for the prolife­ration of VRE infections. Specifically, they wondered if innate host defenses may also be compro­mised by broad spectrum antibiotics. To test this novel idea, they carried out clever experiments, comparing normal mice with mutant mice defective in a protein, MyD88. This adapter protein is required for the now famous Toll-like receptors to signal cells that they have encountered micro­bial products. Without this signaling the host cannot mount an innate immune response to most bacteria. The jejunum of normal mice efficiently eliminated most VRE in just two hours, but the bacteria persisted in the mutant mice. But there is more; unlike the case in normal mice, the in­testinal epithelium in the mutant mice did not make an antimicrobial peptide (termed RegIIIγ, for regenerating islet-derived 3 gamma), which is bactericidal for Gram-positive bacteria. (For a Perspective from Science, click here.)

So much for background. The investigators then mimicked the clinical situation by feeding normal mice a cocktail of antibiotics. The result? Decreased expression of RegIIIγ! The injected VRE sur­vived and caused blood stream infections. Unexpectedly, the antibiotics had an effect similar to the MyD88 mutation. Instead of helping combat the pathogens, the drugs weakened the immune response!

What signals specialized mucosal cells (called Paneth cells to make RegIIIγ? It has been known that Gram-negative bacteria stimulate the expression of RegIIIγ by intestinal mucosa, so the Brandl group tried to compensate for the absence of endogenous RegIIIγ expression in the antibiotic treated mice by adding E. coli lipopolysaccharide to their drinking water for three days. Sure enough, this restored the expression of RegIIIγ and resistance to VRE. Lipotechoic acid, a consti­tuent of the cell walls of some Gram-positives, neither stimulated expression of RegIIIγ nor pre­vented the growth of VRE in the jejunum. Apparently not all the bacterial constituents that bind to Toll-like receptors stimulate the synthesis of RegIIIγ. Such differences may give some bacteria an advantage over others in the distal small bowel and perhaps in the colon. These are environments where there is a lot of competition between bacterial species, each of which attempts to get the upper edge using its own particular survival repertoire.

Once again we are amazed by the intricate interactions between the normal microflora and host tissues that maintain – without our attention – a complex homeostasis. We perturb this balance with antibiotics at our peril. Antibiotics cut at least two ways and their use may come at a significant risk. 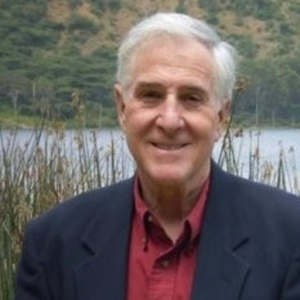 Dr. Fierer is the Michael and Marci Oxman Professor of Medicine and Pathology of the University of California at San Diego School of Medicine where, until recently, he chaired the Division of In­fectious Diseases. He is the Head of Infectious Diseases at the VA Medical Center in San Diego.