Although sphingolipids have been known for more than 100 years, this class of body components is known by relatively few biological researchers. Shown to the right is sphingosine, the simplest sphingolipid.

The lonely double bond between carbons C-4 and C-5 is very important to living beings; its proximity to the C-3 hydroxyl introduces properties that are responsible for a surprisingly wide range of important biological functions. The string of three carbon atoms (C-3, C-4, and C-5) is called an allyl group because of the double bond; the C-3 hydroxyl is therefore an allylic alcohol. Some sphingo­lipids lack the double bond; significantly, they also lack the biological effects.

Organic chemists know that the OH in allylic alcohols is pretty easy to remove or displace with some other negatively-charged ion. While the OH is floating off from C-3, the double bond can migrate. Thus, when the OH (or a new anion) settles back in, it sometimes goes to C-5 instead. It can also return to C-3 but on the other side, so the new molecule is a mirror image of the original one. These allylic reactions were not known in the bad old days, giving sphingolipid chemists the feeling that they were dealing with a Sphinx-like group of substances. Thus, their name, misspelled by thousands of secretaries and typesetters as spingolipids (easier to pronounce). Strangely, few pharmaceutical and biological chemists know about the properties of allylic compounds despite their occurrence in many life forms and important clinical drugs. This has given rise to a word for inexplicable ignorance, sphignorance.

When I got my first real job in 1952, I chose to study the sphingolipids because of the known high concentration of cerebroside (1-galactosyl-N-fatty acyl-sphingosine) in the brain. I thought this might be responsible for the superior I.Q. of humans compared to other creatures. Since those primitive days, hundreds more sphingolipids have been discovered, and in the last 25 years powerful functions have been revealed for many of these lipids. (Click here or here for a review article about sphingolipids.)

A major cellular sphingolipid, ceramide (Cer), can slow cell growth and induce cell death by apo­­ptosis. This observation has been made frequently in a wide range of organisms, including molds and people. It ought to penetrate the great stone barrier between basic research and pharma­ceutical application, but alas has barely ruffled executive brains. Many a plaintive researcher has ended his publication with the sentence: These findings warrant further investigation.

Two metabolites of Cer, Cer phosphate and sphingosine phosphate, have the opposite effect, in­ducing cell growth and proliferation. Thus it is clear that survival requires a constant balancing of the two groups of compounds. Other Cer metabolites (glucosphingolipids = GSLs), formed by attaching glucose and additional sugars to the terminal hydroxyl, also oppose or strengthen the deadly power of Cer. Many environmental factors, metabolites, various sphingolipid concen­trations, and clinical drugs influence the balancing act, making it difficult, for example, to push tumors over the brink. We owe our lives and our ability to make new discoveries to our dexterity in maintaining the right concentrations and locations of these compounds. 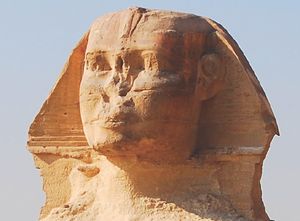 Now for another vital aspect of these Sphinxy lipids. Many bacteria, parasites, viruses, and microbial toxins bind to various sphingolipids on cell surfaces. If you believe that pathogens cannot hurt you unless they first attach themselves to your body's cells, you will want to prevent the binding step. Karl-Anders Karlsson played a major role here, over many years, discovering and identifying which microbes bind to which GSLs. Recently an entire book was devoted to microbial binding, listing the many organisms and sphingolipids involved.

Two years ago, I proposed several methods for preventing this binding. One calls for depletion of the host/victims sphingolipids from the outer cell surfaces. By slowing their biosynthesis with suitable inhibitors, one can let the natural catabolic breakdown of the lipids lower their concentra­tion in the cell surface. We tested this hypothesis by culturing human kidney and intestinal epi–thelial cells for 4 days with my inhibitor of Cer glucosylation, PDMP (1-phenyl-2-decanoylamino-3-morpholino-1-propanol). When glucose transfer is inhibited, the cells gradually convert all their GSLs (by enzymatic action) back to their original Cer precursor. When pathogenic E. coli that bind to those GSLs were added to the cultures, little binding to the depleted cells occurred.

Unfortunately, that study did not check the protection in vivo, or with shorter depletion times, or with human cells that were already infected. Thus, protection might require a depletion step of several days – not too useful if you are already sick. However it might be very useful as a supple­ment for ordinary treatments of an active infection and as a vaccination substitute for a person about to enter a region of dubious cleanliness. Tests of drug safety look good and Genzyme Corp. is now testing a more potent version of PDMP for use in people who cannot hydrolyze their glu­cosyl-Cer fast enough (Gaucher's disease).

Since that simple study in vitro in 1994, many similar studies have shown that PDMP or analogs of PDMP interfere with the binding of other pathogens. Results reported in a number of papers showed promise for preventing HIV-1 entry into cells. CD4+ human cells exhibited 50% less fusion with the virus when grown in the presence of PPMP. PDMP has been shown to block metabolism of some parasites, such as Giardia lamblia, after penetration of host cells.

A second method of blocking binding is illustrated by a study of dengue virus, which binds to a specific GSL (nLc4Cer). Here, a derivative of the GSL was synthesized with multiple copies of the virus-binding carbohydrate region. When aggregated to mimic the natural clusters of GSLs in the cell membrane, this derivative was found to compete with the cell surface GSL by preferential binding to the viral envelope glycoprotein. This competition technique has been used to treat cholera patients. Their great loss of body water through the intestine results from binding of the organism's toxin to an intestinal GSL. In this treatment, the GSL was simply bound to adsorptive charcoal that was swallowed by the patient. Yet other methods are described in my paper.

The research continues. Answers are found for some of the questions, but there is no end to the riddles posed by these molecular sphinxes. 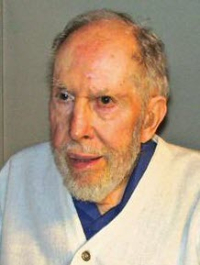 Norm Radin is professor emeritus of neurochemistry, University of Michigan.