What Microbiological Discovery in 2008 Did You Find Especially Interesting?

Here is one answer to our query. We invite you to send us yours to add to this post.

When I teach microbiology, I try to cajole the students into discussing very recent journal articles as well as those "golden oldies" we all love to review with students. Remember, at my institution the students only have one shot to take microbiology (I am agitating to work more microbiology into lower division courses, but that takes time and has a large energy of activation.) Thus, I need to passionately preach the microbial gospel to students who often tell me that "...bacteria are simple..." or that the archaea are just like bacteria, for that matter.

One thing that has become a priority to me is demon­strating to students (and colleagues) that microbiology is truly interdisciplinary, and has historically transformed many other subfields in biology, such as biochemistry, genetics, and molecular biology. And I think the trend will continue with more "big biology" topics, including the study of evolution. C.P. Snow wrote in the 1950s about the "Two Cultures" of science and the humanities: I find that the gap be­tween "big biology" (organismal and population biology) and "small biology" (cellular and subcel­lular biology) can seem just as broad in its own fashion. Forging interconnections between these areas should be a priority, given how interdisciplinary biology has become.

To that end, among the many fascinating findings from 2008, I recommend this article from the great Rich Lenski's laboratory at Michigan State University:

This article showcases the utility of microbiology in approaching areas of broad interest in biology, in this case a very interesting concept in evolutionary theory: the role of the "history" of a species in its evolution. Stephen Jay Gould famously suggested that "running back the tape of life" and replaying it would create a very different result in terms of evolution. This is a wonderful thought experiment, but difficult to prove without a time machine (and a lack of fear of time paradoxes from science fiction).

Enter the mighty microbe! Rich Lenski's research has allowed coworkers to preserve "snapshots" of evolving populations of E. coli at various times, so that the genetics of an evolving species can be investigated at 5,000 generations, 20,000 generations, and so forth. Without spoiling the pleasure of the great prose and wonderful figures in this article, suffice it to say that Rich Lenski, Zachary Blount, and Christina Borland were able to show that "historical contingency" is indeed important in the evolution of a specific trait in E. coli, just as the Stephen Jay Gould argued more generally. This is truly a fine article to demonstrate to "big biology" students, steeped in ecology and evolution, that microbiology can find common ground with their interests, in and out of the classroom.

Rich Lenski's website is a wonderful resource in this area, as well. Mark is associate professor in the Department of Biology, University of Puget Sound, and a passionate advocate for the Small Things.

One of the most interesting microbiology papers I read in 2008 is by Isalan et al. These authors found transcriptional regulatory networks in E. coli to be unexpectedly robust in response to per­turbations from the construction of novel artificial connections. Most changes were compensated for and had no effect on growth, and some even appeared to enhance fitness. The authors con­cluded that regulatory networks are highly plastic and evolvable. (See the commentaries by Ideker and by Bennett and Hasty.) And yet, an equally interesting study by Lercher and Pál suggests that newly acquired genes take a very long time to become integrated into existing regulatory circuits over evolutionary time. If regulatory networks are so readily modified, why does the addition of new components take so long?

Martin Lercher will be speaking along with Howard Ochman, Miroslav Radman, Pascal Simonet and Rotem Sorek at a colloquium I have organized for this year's ASM meeting called Lateral Gene Transfer and Bacterial Evolution – Mechanisms and Limits. 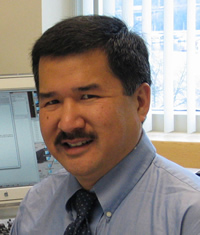 Ferric Fang is Professor of Laboratory Medicine and Microbiology at the Uni­ver­sity of Washington in Seattle.

I found of special interest the discovery of a single-species ecosystem at the Earth deep subsur­face. At least, this seems to be the result of an environmental genomics study of samples collected at 2.8 km depth in a South African gold mine. The work was described in Science, and a post was also published in Small Things Considered. 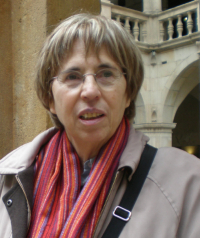 Mercè hosts a delightful eclectic blog in Catalan where she shares her passion for words, science, and writing.

My vote goes to Richard Lenski's group and his paper about historical contingency and evolution in Escherichia coli. I really like it. 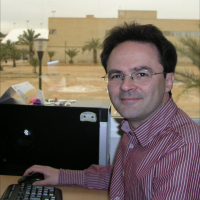 Manuel hosts one of our favorite microbiological blogs. Some of his posts, trans­lated from the Spanish to English, have also graced our pages.