The European Academy of Microbiology

We translate and offer a post from the Spanish blog Esos Pequeños Bichitos (Those Small Bugs). 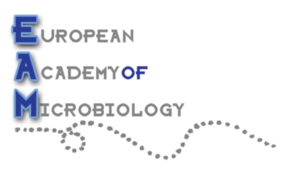 The Logo of the EAM. Microbiology began in Europe with the observations of van Leeuwenhoek, and one of his drawings has been used for their logo. (redrawn by M. V.)

On June 29,2009, the European Academy of Microbiology (EAM) was established in the Swedish city of Gothenburg. The objective of the academy is to provide a voice for Eu­ropean microbiology and to foster its quality and dissem­ination within Europe. Its goals include the expansion of scientific knowledge regarding key issues of microbiolo­gical relevance, fostering meetings and congresses, and establishing advanced courses.

The EAM will include microbiologists with a notable re­cord of publication, patents or inventions, significant achievements in clinical work or teaching, and contri­bu­tions to the microbiological community. 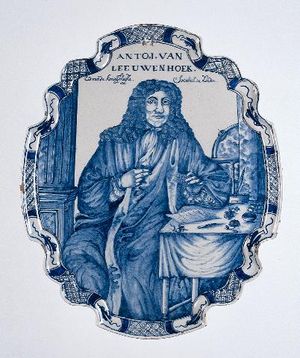 The Color in the logo of the EAM. The chosen color blue represents not only the European Union but also countries outside the community, such as Israel and Turkey, which are members of the FEMS. It is also the distinctive color of Delft, the place where van Leeuwenhoek saw his first microbes. Delft is famous for its blue and white porcelain that in the 17th century imitated the expensive and hard-to-get Chinese porcelain. This ce­ra­mic plate from Delft depicting Leeu­wen­hoek is in Amsterdam’s Rijksmu­se­um.

The founding members, about 100 in number, include professionals from various countries and scientific fields, including seven from Spain. Future fellows will be se­lected from suggestions by the current members. The objective is to maintain the high scientific standards of the EAM, to represent all branches of microbiology, and to include all of the countries represented in the Fe­de­ration of European Microbiology Societies (FEMS), which helped launch the Academy.

The current president of FEMS, Milton da Costa, presided over the inaugural ceremonies. The inaugural lecture was delivered by Rino Rappuoli, the director of the Novartis Vaccine Institute for Global Health, a non-profit institute founded in 2007. Rappuoli described advances at their institute. He pointed out that, whereas in the 20th cen­tury the goal of vaccines was to prevent childhood in­fections, the goal in the 21st century is to produce vac­ci­nes for both young and old, and which will help alle­­viate emergent infections. Their efforts are currently directed towards vac­cines against diarrhea, the menin­gococcus (which causes other serious infections besides meningitis among children in underdeveloped countries), and against the Type A H1N1 influenza virus.

At present, important aspects of microbiology and infectious diseases do not receive their proper emphasis. The creation of the new academy combined with the founding of a non-profit institute by a pharmaceutical company give us hope for the future.