A Call From Arms 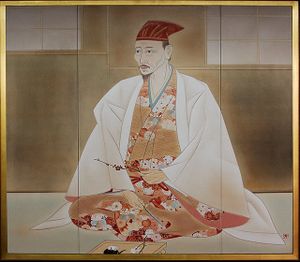 Towards the end of the 16th century, the ruler of Japan, To­yotomi Hideyoshi, began a movement that led to the banning of firearms in that country. Not that these wea­pons hadn't worked; on the contrary, at that time the Ja–panese made some of the best guns in the world. Many reasons have been put forward for this unique and dras­tic action, the most romantic being that the continued use of firearms would have undone the traditional role of the sword-wielding samurai. Now, microbes may not have such a convoluted social organization, but, when it comes to their making of antibiotics, there is something evocative of this remarkable chapter in history.

Antibiotics are now being thought about as benign compounds that, at least at low concentra­tions, have little to do with intraspecies warfare between organisms, and a great deal to do with the ways microbes communicate with one another. More and more examples are being reported of antibiotics that, at sub-inhibitory concentrations function, as community organizers, prodding bacteria into making protective biofilms. Indeed, antibiotic-induced biofilm formation has become the poster child for the argument that antibiotics serve mainly as signaling molecules between microbial cells. The evidence spans several bacterial species, including Staphylococcus aureus, Pseudomonas aeruginosa, Salmonella enterica, and Bacillus subtilis. Surely, other species will be found to be listening and to respond in other ways besides biofilm formation. Already the litera­ture is rich and diverse. For some particularly juicy articles click here, here, here, here, or here.

A key argument against antibiotics being mainly antibiotic is that their concentrations are too low even in soils that harbor producing species. However, such calculations represent the average concentration over large spaces. Within a volume of a few cubic micrometers – the effective world of many a microbe – the concentration of antibiotics may indeed be high enough to inhibit micro­bial neighbors. Hard to tell.

Did microbes invent these compounds and then "make a pact" not to use them for what their name implies – killing other living things? Or did these compounds function first as signaling mo­lecules helping the "conversation" between and within microbial species? Highly appealing is the notion put forth by Julian Davies that antibiotics are "fossil molecules" that played a key role as effectors in the early evolution of life, molecules still made today and still serving to shape mi­crobial communities.

These ideas are monumental. Yet, however stirring they are, they must fit within a holistic ac­count. Questions remain. For instance, why is it that these compounds are, in fact, antibiotic at high concentrations? Their signaling functions (at lower concentrations) would have sufficed. One would guess that, by some sleight of organic chemical hands, signaling parts of the molecule could have been retained, and the antibiotic functions lost.

The lesson may well be that, as is true for all of science, scientific inferences are tentative and con­victions conjectural. Sometimes, to our momentary consternation, cherished beliefs are turned on their head. But we must live with it. As Bertrand Russell said: I would never die for my beliefs because I might be wrong.