Fine Reading: The Biocentric View of the Microbial World 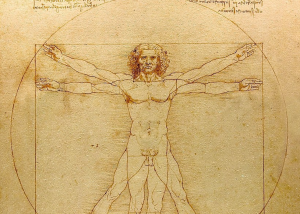 Anthropocentric:
1. considering human beings as the most significant entity of the universe.
2. interpreting or regarding the world in terms of human values and experiences.

How does anthropocentrism apply to microbiologists? In a current commentary in the new journal Gut Pathogens, Ramy Aziz reminds us that it shows up all over the place. Take the very term microbe, meaning small living thing. "Small," says who? Not the microbes. To them, other mi­crobes would be of "normal" size and we humans Rabe­laisian gargantuas. This wouldn't much matter if it stop­ped there, with our choice of words alone. Aziz points out that anthropocentrism in microbiology can have serious consequences. For instance, "pathogens" have been considered to be special group of microbes, separate from the rest. Nothing could be farther from the truth, and nothing could be more objectionable than to consider the human body to be anything but another habitat.

In recent years, it has been increasingly realized that pathogenic microbiology is merely another branch of microbial ecology. However, a gentle reminder in Aziz’ well-turned words is welcomed. A truly integrated view of the microbial world, or of the biological world in general, cannot be an­thro­pocentric but can only be, as Aziz says, biocentric.