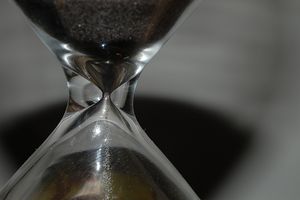 The very first post on this blog "It Don't Mean a Thing If It Ain't Got That Swing" was about the circadian rhythm of cyanobacteria. They turn their photosynthetic apparatus on and off to match the daily course of light and dark. This is a true clock-driven circadian rhythm because it ma­nifests whether or not the light is on or off, thus is not just a response to a stimulus.

What fascinated us then and continues to bedazzle us now is that this rhythm has an understandable bioche­mical basis.

Three "oscillatory" proteins are involved: KaiA, KaiB, and KaiC. Together, they lead to a cycle of phosphorylation and dephosphorylation than not only sets the cellular clock of these organisms, but that can be simulated in vitro with purified proteins! And, to challenge our notion of what en­zymes do, these proteins do their enzymatic thing at such a slow pace that the mind boggles! One of them, KaiC, hydrolyzes ATP at the lightning speed of 15 molecules per day! (I've used up my allotment of exclamation marks!)

A cyanobacterial lineup. (left) Five diverse Synechococcus strains. (right) Two Prochlorococcus strains, the first one being a sample from the Mediterranean Sea and the subject of the clock study. Courtesy of Ilka Axmann

Most of this wonderland has been studied in a strain of Synechococcus elongatus. A recent report from Ilka Ax­mann's lab in Berlin concerns the marine cyanobacte­rium Prochlorococcus, likely the most abundant photo­synthetic organism there is. These bacteria have KaiB and Kai C, but they have recently lost their gene for KaiA. Nevertheless, they still exhibit some diurnal patterns. But unlike the case with Synechococcus, if you put Prochlo­rococcus in continuous light, those patterns do not persist beyond the current cycle. The authors liken the Prochlorococcus system to an hourglass, which can measure a 24-hour period, but then has to be reset by being overturned before it can time the next day. Click here for a commentary: The Rolex and the Hourglass: a Simplified Circadian Clock in Prochloro­coccus? 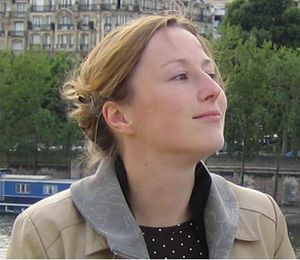 The authors propose that their data "provide biochemical support for the observed evolutionary reduction of the clock locus in Prochlorococcus and are consistent with a model in which a mechanism that is less robust than the well-characterized KaiABC protein clock of Synechococ­cus is sufficient for biological timing in the very stable environment that Prochlorococcus inhabits. This makes for an interesting variation on the theme, expanding the established notions about biological clockworks.

Postscript: No sooner did we post this piece than the new issue of Microbe (the magazine of the American Society for Microbiology) arrived, including a review by Carl Hirschie Johnson entitled From Skepticism to Prominence: Circadian Clocks in Bacteria. We heartily recommend it. To access it, click here.