« Fiddling with Fungi: And the Winner Is… | Main | Microbial Art » 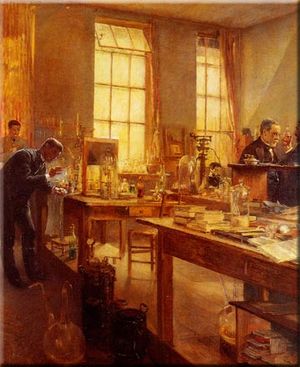 Jean-Baptiste watched the powerful dog with unsteady gait approach and then attack a group of six of his friends. He picked up his whip and rushed to meet the animal, only to be savagely bitten on his left hand. In fierce hand-to-hand combat, Jean-Baptiste finally man­aged to throw the animal to the ground, pinning him to the ground under his knee. With his right hand he forced the dog's jaws apart, sustaining new bites, then used his whip to tie the muzzle of his enemy and finally beat the beast to death with one of his wooden shoes.

Thus it was that Louis Pasteur recounted to his col­leagues at the Académie des Sciences in Paris how his heroic patient, Jean-Baptiste Jupille, a 15-year-old shep­herd boy from the Jura, came to be exposed to rabies on October 14, 1885. Pasteur was reporting on the success of his treatment of his first rabies patient, Joseph Meister, who was still alive and well more than three months after having been severely bitten by a rabid dog. Meister's survival was considered something of a miracle, because rabies was, and still is, considered a lethal disease in the absence of effective treatment. Young Jupille was treated as Pasteur's second rabies patient and he, too, survived this heretofore universally fatal disease.

Still, Pasteur had been hesitant to treat Jean-Baptiste because the disease had such a head start on him. From his experimental work on dogs and rabbits, Pasteur and his protégé, Emile Roux, knew that their new treatment was most effective before or very soon after inoculation of the in­fectious agent. The longer the interval between inoculation and the start of treatment, the less likely the cure. This very early conclusion remained one of the unsolved problems in rabies treat­ment, at least until very recently. 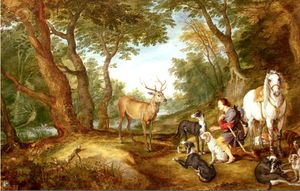 Since ancient times rabies (known also as "hydrophobia" or "la rage") has been a dread disease with virtually 100% mortality. The rare survival was usually attributed to su­pernatural intervention. Most often invoked in miracu­lous cures was Saint Hubert, the first bishop of Liege in Belgium and the patron saint of hunters, hence associat­ed with dogs. The standard legend relates that during his investiture as bishop, one of the required vestments was missing. At the last moment, it was miraculously supplied when Saint Peter appeared with a stole woven on the looms of heaven and embroidered by the Virgin Mary. Threads from this garment, inserted into a small incision in the forehead of the rabies victim, became a sure cure for rabies – provided some additional ri­tuals were observed. Another legend describes cauterization of the wound site from the bite of a rabid animal with a heated "key of St. Hubert" in the form of a metal cross. Even now, on St. Hu­bert's feast day, November 3rd, in Ghent local pastries known as mastellen are taken to Mass for blessing, thus becoming remedies for rabies. It is reported that in Flanders there are open air Masses where hunting dogs and other animals are given "The Bread of Saint Hubert" as a sort of spiritual rabies shot.

The standard treatment for rabies is a direct descendant of Pasteur's original concept: injection of attenuated virus before the infection reaches the central nervous system and before it does sub­stantial damage. In this way, one can induce sufficient immunity to destroy the advancing in­fect­ion. For immunogen, Pasteur employed a preparation of dried spinal cord material from infected rabbits. Drying for varying lengths of time provided virus preparations of varying virulence. He injected the exposed patients with increasingly virulent samples as their induced immunity in­creased. This procedure was based on Pasteur's theory of the mechanism of immunity. Although his theory has been discredited, he nevertheless devised a regimen that does, indeed, provide effective treatment for rabies victims. While the source of the attenuated virus for immunization has moved on from desiccated rabbit spinal cords to duck eggs, then to cultured cells, the ap­proach has remained the same: induce antiviral immunity before the virus can damage the brain. Thus, to be effective, treatment must begin soon after inoculation.

Both Pasteur's dilemma and the need for miracles, however, may soon be relegated to the dust­bin of medical history. A recent report in PNAS by Bernhard Dietzchold and his colleagues at the Thomas Jefferson University in Philadelphia suggests that a new approach to rabies vaccines may make it possible to treat rabies infections effectively even after some time has elapsed. Drawing on new understanding of the pathogenesis of rabies, including its replication and its expression of the relevant immunity-inducing antigens, these workers designed a highly attenuated – but highly effective – vaccine strain of rabies that shows promise as a significantly improved post-exposure treatment for rabies. 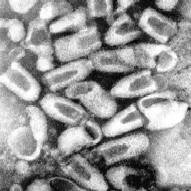 There have been two major obstacles to rabies vaccines: relatively weak immunogenicity and the problem of at­tacking infections across the mysterious blood-brain barrier. The new work discussed here seems to over­come both of these obstacles. First, in the vaccine strain, the gene for the major antigen required to induce an­tiviral immunity, the virion surface glycoprotein (G), has been triplicated. Apparently simply because of the in­creased gene dosage, the G protein is substantially over-expressed. Because G is also involved in the neuropa­thogenicity of the rabies virus, two mutations were con­structed in the G gene that destroy its pathogenicity, but not its immunogenicity. The authors call this mutant form GAS. Interestingly, this avirulent GAS mutant is dominant over the pathogenic strain, thus ensuring that the "triploid" GAS virus has a very low probability of reversion to the virulent wild type virus. The use of two mutations in G further reduces the probability of reversion to wild type. These predictions were confirmed by demonstrating that the GAS strain is non-virulent even when directly inoculated into the central nervous system of immune-compromised mice.

The second problem, that of immune access to the privileged nervous system, the site of the ra­bies infection, seems to be overcome by this vaccine strain, as well. Paradoxically, one of the fea­tures of the rabies virus that is important in its pathogenicity is its low level of replication. This "stealth strategy" seems to allow it to infect neurons without breaking down the barriers to entry of antibodies. The effective vaccine strains, including the new triple GAS strain, replicate much more rapidly than the wild type virus and, by some mechanism that is still unclear, enable the induced, antiviral antibodies to penetrate the nervous system.

When experimentally testing for post-exposure prophylaxis in a mouse model, the GAS vaccine effectively prevented any signs of infection when administered a short time after inoculation, and reduced deaths and/or paralysis when given at longer times after inoculation. Since it is known that the distance between the site of inoculation into peripheral nerves and the central nervous system is a crucial factor in determining the "window of opportunity" for effective post-exposure prophylaxis, it can be expected that the short "window" in mice will translate into longer time intervals in humans simply based on host size and the distance the virus must travel.

Nearly 125 years after the momentous introduction of the rabies vaccine, we may finally be able to close the circle. The new vaccine, like Pasteur's, also involves an attenuated strain. One would guess that Pasteur would have approved. 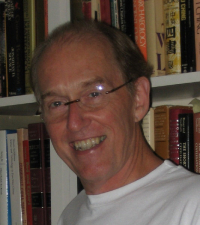 William C. Summers is at the Yale University School of Medicine.