Bacteria of a Feather… 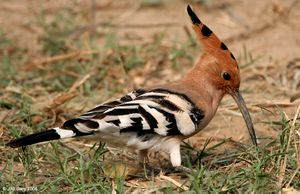 Just when we thought we'd heard it all, along came a stu­dy on the bacterial degradation of bird feathers. We ad­mit we hadn't previously spent much time contemplating the possibility that feathers would be susceptible to bac­terial degradation, just like any other keratin-containing structure. But to a bird, this is a matter of vital impor­tance.

Several bacteria, chiefly Bacillus licheniformis, live in the barbules, the terminal branches of the barbs of a feather. Feathers are 90% keratin; B. licheniformis secretes a ke­ra­tinase. In the laboratory, B. licheniformis can completely degrade a feather in 24 hours, and this demolition occurs in vivo (or “in avis”), as well. But birds have powerful defenses against such pte­rophagia ("feather eating" from the Greek pteron, "wing," and phagein, "to eat"), including che­mi­cals in the preening secretion they use for feather grooming. The bird does not face this confron­tation alone. Bacteria such as enterococci that reside in its preening gland (known as the uropygial gland) produce anti-licheniformis bacteriocins. That these enterococci are present only in nestlings and females (and in the latter only during the breeding season) suggests that the interaction mat­ters mainly while the birds are confined to the nest – a hole in a tree – because, perhaps, of the greater likelihood of infection then.

All this was fine and dandy, but it needed further experi­mental verification. The authors of a recent paper stud­ied the situation in a beautiful bird called the hoopoe, which is found in regions of Africa, Europe, and Asia. Feathers were plucked from one male and two females captured in Southern Spain. In experiments where the feathers were treated with B. licheniformis, with or without Enterococcus faecalis or its bacteriocin, they could confirm the previous view of the role of these organisms in promoting or decreasing feather degra­dation. Besides the obvious importance to the birds, this story also offers a possible ecological role for bacteriocins – an intriguing subject that invites fur­ther exploration.

Bird feathers and their bacteria are not new to this blog. Click here for our earlier post.