« An Open Invitation to Argue With Me | Main | Leaf-Cutters Get Their Fix (nitrogen fix, that is) »

Through the Looking Glass: Silicate in Bacterial Spores

Amid the furor surrounding the anthrax attacks in the USA in 2001, significant attention was focused on whe­ther the Bacillus anthracis spores used had been “wea­ponized” by the adding of a coating of fumed silica to aid in their dispersal. This information might have helped pinpoint where the spores had originated. However, a confusing factor was that for more than 20 years, signi­ficant levels of silicon had been reported in spores of at least some Bacillus species, including those of Bacillus cereus, a close relative of B. anthracis. Clearly, the natu­ral presence of silicon in B. anthracis spores makes dis­crimination between weaponized and non-weaponized spores more difficult. However, in the older reports the silicon was not localized at the outermost surface of the spores, as would be expected if they had been artificially spiked with such compounds.

Anyhow, what is silicon doing on a bacterial spore? A re­cent pa­per provides some clues. Starting with soil from a paddy field, these researchers identified a number of novel bacterial isolates that efficiently take up silicate present in media at concentrations comparable to levels found in the water in soils. Strikingly, all of these isolates were Bacillus species and most were members of the B. cereus group that includes the pathogens B. anthracis, B. cereus, and Bacillus thuringiensis. Silicate uptake by the novel isolates was associated only with spore formation (sporulation), and was a late event in this process. How­ever, while sporulation was required for efficient silicate uptake, silicate uptake itself was not essential for sporulation.

Visualizing silicate on the spores of these new isolates re­quired some fancy techniques, namely scanning electron microscopy coupled with energy dispersive X-ray spectro­metry (STEM-EDX). The silicate taken up was present, at least in part, as granules on the outer surface of the spore coat, with some perhaps in the coat itself. Note that the outermost layer in B. anthracis and B. cereus spores is not the coat but rather the exosporium, a loosely-fitting outermost structure found on some, but not all, bacterial endospores. Analysis of silicate uptake showed that labora­tory B. cereus and Bacillus thuringiensis strains, as well as a more distantly related Bacillus mega­te­rium strain, also accumulated silicate on spores, although at lower levels than the novel Bacillus isolates. Interestingly, the well-characterized Bacillus subtilis 168 laboratory strain took up no detectable silicate. These new results make it clear that spores of at least some Bacillus species incorporate significant amounts of silicate and deposit it on the spore coat. It is notable that this silicate is not on the spore's outer layer, and thus it should be possible to discriminate between weaponized and non-weaponized B. anthracis spores by STEM-EDX analysis.

Bioterrorism aside, this work raises several interesting questions. The first concerns the mecha­nism of silicate accumulation on spores. It appears to be mediated by the mother cell in which the spore matures, but how the mother cell does this is not known. Finding this out may lead to an understanding of why some Bacillus strains/species accumulate silicate and some do not. The second obvious question is why would a spore accumulate silicate at levels up to 6% of the spore’s dry weight. One possibility is that this might facilitate dispersion of single spores, much as does an outer coating of fumed silica. However, according to this paper, high levels of silicate on the spore coat did not enhance the dispersal of dry spores. Thus, silicate accumulation must play another role.

Indeed, whereas the spores’ silicate plays no role in spore resistance to heat, hydrogen peroxide, UV radiation or NaOH, it significantly increases spore resistance to killing by 0.1-0.4 N mineral acids. This increased acid resistance might be particularly important in spores of pathogens such as B. cereus and B. anthracis that may pass through an acidic mammalian digestive tract. On the other hand, this would not be important in the alkaline digestive tract of the insect forms for which B. thuringiensis is pathogenic. Therefore, it seems likely that the spores’ silicate layer may serve an additional function. Since silicate accumulation in other organisms can impart structural rigidity, perhaps silicate plays such a role for spores as well. This leaves us with yet more inter­esting questions to address to these spores. 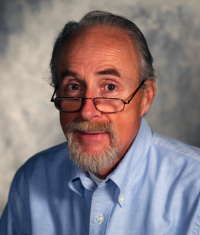 Peter Setlow is Professor of Molecular, Microbial and Structural Biology at the University of Connecticut Health Center in Farmington, CT.

I too have noticed accumulations of silicon in bacillus spores. My work was with Unilever in the 1990`s using TEM/XRMA, and I first saw the phenomenon in B.cereus. Further work involving B.subtilis ( safer to work with ! ) showed accumulations of silicon in spores at different stages of development. Dormant spores showed approx 1:100 contained a high level of silicon ( they all contain silicon but in very small amouts). Heat activated spores showed an increase to 1:25 to be silicon rich. A heat activated sample left at ambient for 2 weeks
( i.e. germination may be taking place)the ratio of silicon rich spores was further increased to 1:10. Invariably the spores that were increased in size from the dormant dimentions were the also the ones to contain massive amounts of silicon.
The significance of all this still eludes me although I do have some thoughts on the subject.