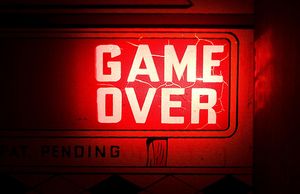 Holins are the smallest known biological timers. Timers, not clocks. Timers tick along, then go off after the specified interval. These small, phage-encoded proteins time the length of lytic infections of some phages. When they go off, the game is over and the host cell lyses. This is important work. The phage that gets the timing right is one-up in the evolutionary race.

Since most bacterial hosts have a murein (peptidoglycan) cell wall, the challenge for the phage is to breach that structure. Two different strategies are known, only one of which uses a holin timer. (An excellent 2005 review by Ry Young and Ing-Nang Wang can be found in Ch. 10 of The Bacteriophages, available via Google books.) Phages with small, single-stranded DNA or RNA genomes go the economy route using but a single protein to do the job. These proteins have been called "protein antibiotics" because they effect lysis by inhibiting a specific enzyme in the murein biosynthesis pathway — just like the β-lactam antibiotics. And like the β-lactams, their effectiveness requires continuing cell growth. Unrelated proteins that inhibit different enzymes in that pathway have been found in different phages. (Potential insights for clinically useful antibiotics here?)

In contrast, all double-stranded DNA phages (so far) use at least two proteins: a muralytic (murein-degrading) enzyme and at least one other helper protein, a holin. The holin enables the endolysin to pass through the cell membrane and access the cell wall, thus triggering lysis. Because the endolysins lack a secretory signal sequence, during an infection they accumulate fully-folded in the cytoplasm, waiting for the holin to let them out. Phages that infect Gram-negatives encode a few additional proteins that handle the demise of the outer membrane.

What follows here about lysis describes how coliphage λ does it. What is known about other phages suggests that the λ strategy is representative of many, but surely not all. (For example, the lambdoid phage 21 uses a remarkably different holin-endolysin strategy.)

Once a lytic infection is underway, macromolecular synthesis goes full speed ahead to make as many virions as possible up to the time of lysis. The only decision made on the fly is when to terminate infection and lyse the host, and it is the phage that decides. Under particular experimental conditions, λ lyses at 50 minutes sharp, liberating a burst of 100 virions. If lysis is experimentally blocked, virion manufacture continues for at least 2 more hours, accumulating 1,000 virions inside each cell. So why lyse so soon? Later lysis yields more virions per burst, but not necessarily more virions. In the example above, a phage lysing after 3 hours would produce 1,000 virions. Lysis after 1 hour would allow three repeated cycles of infection, potentially generating 106 virions in 3 hours. There is a dynamic balance here, with the optimal time shifting with environmental and host conditions. Timing needs to be both adjustable and precise. There's strong evolutionary incentive to get it right.

When time is up, death should — and does — come quickly. Best to keep your host fully functional and capable of making virion components right up to the instant of lysis and virion release. No benefit to hanging around inside an inert corpse. Throughout a λ infection, E. coli can be seen to swim and tumble about as usual until, all of a sudden, movement ceases, followed by lysis within seconds.

The holin timers are an exceedingly diverse group of small integral membrane proteins. More than 250 have been identified, though far fewer have been characterized. They fall into at least 50 unrelated families that display great variety in structure and regulation, making these the most diverse known group of proteins that share a common function.

The λ holin is encoded by the S gene and contains 105 amino acids, thus is known as S105. It contains 3 helical transmembrane domains (TMDs); both the C- and N-terminus are highly-charged and form tails that extend into the cytoplasm. It is its amino acid sequence that determines the lysis time. The wild-type holin lyses at 50 minutes, but many mutants have altered lysis times ranging from 20 minutes (before the first virions have even been assembled) to 120 minutes. A single missense mutation seemingly anywhere in the TMDs alters the lysis time; likewise changes that alter the overall charge of the cytoplasmic tails. Thus one can envision a ready supply of variants arising in the phage population and available for continual selection.

Although holin alone makes a functional lysis timer, in λ and a few other phages there is another twist, perhaps to enable more subtle control in response to cues from the environment or the state of the host. The S gene that encodes the S105 holin is a dual start gene, meaning that translation can begin at either of two codons to yield either the S105 holin or a variant with two additional amino acids at the N-terminus (S107). Their relative numbers matter. The normal ratio is two S105 proteins for every S107. The ratio can be shifted by mutations that alter the stem-loop structure of the mRNA at the ribosome binding site. Excess S107 abolishes lysis, earning it the name "antiholin."

Why make antiholin? (If you prefer facts to suppositions, best to stop reading here, as what follows is mostly hypothetical.) Lysis requires accumulation of a minimum number of holin dimers in the cell membrane. Suppose that holin dimerizes preferentially with antiholin and that heterodimers don't count. This means that a lot of extra holin and antiholin would accumulate in the cell membrane. When lysis is finally triggered, the energized state of the membrane collapses perhaps enabling the antiholin to assume the conformation of a functional holin. This would instantly amplify the number of functional dimers and facilitate rapid release of endolysin. Such a mechanism would come in handy any time the phage needs to bail out early, such as in case of superinfection or catastrophic loss of the membrane proton motive force.

One cannot help but admire the "simple" phage. Not only does it efficiently schedule the business of virion production, it even determines when the time is up.