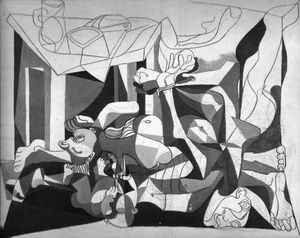 Bacteria have been sexually promiscuous, swapping genes with gusto, for a very long time. More than 15% of E. coli's genome has arrived via horizontal gene transfer (HGT), with some 200 installments having turned up since it diverged from Salmonella 100 million years ago. And, as you are probably thinking, those 200 are but the tip of the HGT iceberg, the small fraction of transfers that were useful enough to be not only maintained by the recipient but also to spread through the population. But how much of this gene transport is the work of viruses?

Virus-mediated transduction is but one of the three major mechanisms that bacteria use to pick up genes, the other two being conjugation and transformation. The rates of transduction as conventionally measured for freshwater and marine ecosystems have been highly variable but always low, ranging from 10-11 to 10-5 transduced bacteria per phage (i.e., per plaque-forming unit or PFU). However, there being such huge numbers of phages, even these low rates lead to large numbers of transferred genes. Some 1014 bacteria in Tampa Bay and 1013 in the Mediterranean basin garner genes this way each year. Because they thought that these measured rates are way low, a group of Japanese researchers developed a new methodology for measuring the frequency of phage-mediated gene transfer.

The usual way to determine transduction rates has been to inoculate bacteria with phage bearing an antibiotic resistance gene, then culture the bacteria on antibiotic-containing media (selective media) and count the colonies. This measures the rate at which the particular antibiotic resistance gene is transferred and expressed at a significant level in the recipient. That leaves us with a question: how many cells might receive the gene but fail to express it at a detectable level? Moreover, this approach is limited to the culturable bacterial minority. When working with natural communities there are other difficulties, as well, such as the presence of marker traits, including antibiotic resistance, in the indigenous bacteria.

In contrast, the method developed by Kenzaka and colleagues detects the transfer of DNA to individual cells of diverse bacteria whether or not those genes are expressed. They gave their method a descriptive, but lengthy, name: Cycling PRimed IN Situ amplification—Fluorescent In Situ Hybridization, or CPRINS-FISH. In essence, they combined and modified existing in situ FISH and PCR protocols. They needed permeabilization conditions that allow entry of PCR reagents into all of the cells without letting the amplicons leak back out. By using single primers for the PCR, they obtained amplicons that are several kb in length, thus less likely to leak. To work with low cell density samples from aquatic environments, they concentrated and immobilized the cells on gelatin-coated polycarbonate filters. Lastly, by carrying out 30 amplification cycles and using multiply-labeled fluorescent probes, they could load individual cells with more than 1,500 fluorescent molecules — sufficient to detect single cells under epifluorescence microscopy.

What did they find? For their initial measurements, they propagated two general transducing coliphages (P1 and T4) on strains of E. coli NBRC 12713 carrying either a chromosomal or plasmid ampicillin resistance gene. They monitored the transfer of ampicillin resistance to strains lacking those genes by two methods: selective media and CPRINS-FISH. The rate of gene transfer by either phage as measured by CPRINS-FISH was three to five orders of magnitude higher than measured using selective media (10-3 versus 10-6 to 10-8 per PFU).

These experiments involved specific laboratory strains. What about natural environments? They isolated a coliphage from a nearby river in Japan that formed plaques on E. coli NBRC 12713 and tested its ability to transfer genes under various conditions. It, too, showed similar high rates of gene transfer as measured by CPRINS-FISH, even when tested with lower bacterial concentrations comparable to that of freshwater environments and even when offered a mixture of 1% hosts (E. coli) combined with 99% non-hosts (P. putida). Likewise, it readily transferred genes to the bacterial communities collected from nearby rivers. (Here they measured the transfer of the gene for green fluorescent protein instead since some of the indigenous bacteria carried antibiotic resistance genes.)

Lastly, they tested all three phages using six Enterobacteriaceae as recipients, including some species in which the phages could form plaques and some in which they could not. Using selective media, transduction could be detected only in the plaque-forming species; using CPRINS-FISH, they detected gene transfer in all of the non-plaque-formers, as well. Is this biologically significant since the phage cannot replicate in the non-plaque-formers? Might be, the researchers suggest, since those genes could be picked up by other phage naturally infecting the cells or could be maintained by integration in the host cell. In their words: Our results suggest that DNA exchange among bacteria via phages in natural aquatic environments may occur in a more divergent range of bacteria and more frequently than thought previously using conventional methods. In other words, bacteria are more promiscuous than we realized, and the phage are playing the field.