Comments on the “Synthetic Cell” 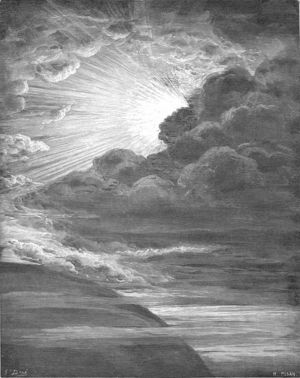 The now famous announcement by the Venter group is based on their paper in Science entitled Creation of a Bacterial Cell Controlled by a Chemically Synthesized Genome. We applaud this work for its impressive technical achievement and we acknowledge its future potential. However, we find the term “creation” to be misleading because the "new" cell was assembled using mainly preexisting constituents. We also find the term worrisome because, somewhat perversely, it may bring up creationism. We reprint a comment submitted by Bernie Strauss in response to the timely article published in Nature: Life After the Synthetic Cell. His words accurately express our sentiments.

The first time I recall reading that biochemists had succeeded in synthesizing life was in 1967 when Arthur Kornberg and his colleagues succeeded in replicating a øX174 DNA template with E. coli polymerase I and ligase. According to the National Library of Medicine, U.S. President Lyndon Johnson looked at the Stanford press release and to Kornberg's dismay announced: "Some geniuses at Stanford University have created life in the test tube!" There was much discussion at the time including arguments similar to those published in the May 27th issue of Nature. The accomplishments are reasonably similar making allowance for the increase in technology over the past 40 years. A sequence of DNA has been replicated and then introduced into a cell where it takes over the functional apparatus to produce materials specified by the introduced DNA. This is certainly an important technical achievement and one with potential practical application. Does it tell us much about the origin or nature of life?

I would argue that the result is of little theoretical importance. The critical part of Kornberg's work 40 years ago (and one which he acknowledged) and of Venter's work this year is the necessity of a preformed cell. It is only this preformed cell that can convert the coded information in the DNA into functional products. In addition, that cell is not only a passive translator of genetic information but seems to include inherited information of its own, apart from the nucleic acid. As an example, membrane structures require preexisting structures as a template. It may be that at some date it will be possible to mix component membrane parts to form a structure into which all of the other cytoplasmic components can be added along with a synthetic DNA. So far however, all that has been done is to insert programming instructions into a completed machine. The basic unit of biology, and of life, remains the cell. Recent work emphasizes just how malleable the cell is but still requires the preexistence of this elementary life unit.

Anyone who has done science knows just how much work it takes to make any new finding. It is perhaps inevitable that having done all that work, one wants to make the most of it.

This brings to mind two earlier contributions to this blog by Franklin Harold (click here and here) where he discusses the essentialness of pre-existing membranes. It also prompts us to muse that every virus does something similar, with less expense and fanfare.

As always, we welcome your comments. 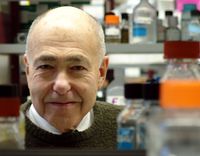 Bernard Strauss is Professor Emeritus, Department of Molecular Genetics and Cell Biology, The University of Chicago.