Richard Feynman, the famous physicist, said: It is very easy to answer many of these fundamental biological questions; you just look at the thing! To take him up on it, imagine a microscope that lets you observe single molecules in a living cell... Read more → 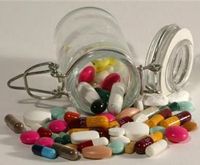 by Kevin D. Young | My grandmother took a lot of pills. Each week she arranged them in little piles that she dropped into the compartments of a multi-well device, a way to be sure she took each group on the right day and at the right time. The neat thing (to a kid) was their range of colors and shapes — round ones, ovals, squares, triangles and even hot dog shapes, of every primary color and several pastels. Simply magical. Read more →

by Elio | Picture yourself walking in a woods where the branches of the trees are festooned with bouquets of yellow objects that on close inspection look a bit like golf balls, dimples and all. This is what you would come across in the beech forests of the southern hemisphere. The yellow balls are... Read more → 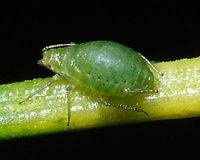 by Elio | Is it OK with you if on Fungus Week we post an item that deals with fungal genes instead of whole fungi? We want to do this because of a startling finding, that some aphids are colored because they possess fungus-derived genes for making carotenoids. This is news... Read more →

by Elio | Sooner or later, but usually sooner, anyone dealing with fungi will have to deal with the issue of spore dispersal. Many fungi, mushrooms included, are a spore’s way of spreading spores through the environment. They do this in varied and universally ingenious ways. Spores, like mammalian sperm, are made in excess, which enhances the chances... Read more →

by Psi Wavefunction | Reading phylogenies is a skill that can appear deceptively simple at first glance. In essence, it really is simple, but also counterintuitive to the way the mind is used to working. Far too often — and popular literature as well as science journalism is notorious for this — mistakes are made, mistakes as... Read more →

by Daniel Smith by Daniel Smith | Evolution is often thought of in functional terms. Mutations that improve or diversify a protein’s function are selected for, whereas disruptive mutations are selected against. However, economy can also play a role in protein evolution. Read more → 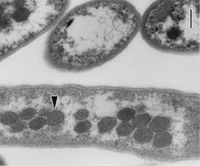 by Alan Derman | The planet's most abundant enzyme is also one of its lousiest. It's RuBisCO, the photosynthetic enzyme that mediates the fixation of CO2 by catalyzing its incorporation into the five carbon ribulose-1,5-bisphosphate (RuBP). Routinely it goofs and incorporates O2 instead... Read more →