I'm finally waking up, a twist in my story...
Secondhand Serenade 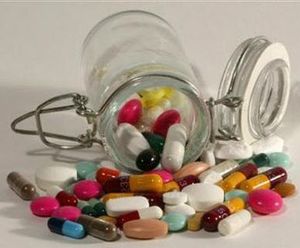 My grandmother took a lot of pills. Each week she arranged them in little piles that she dropped into the compartments of a multi-well device, a way to be sure she took each group on the right day and at the right time. The neat thing (to a kid) was their range of colors and shapes — round ones, ovals, squares, triangles and even hot dog shapes, of every primary color and several pastels. Simply magical. But, of course, appearances were irrelevant. Pill size, shape, and color were dictated by medical tradition and marketing; none of these overt characteristics had any impact on their medicinal value. Efficacy was dictated solely by the nature of the compounds embedded in each lozenge.

A similar situation exists for bacteria. They, too, come in a range of sizes and shapes (though not colors when viewed individually, more’s the pity), and for decades these overt characteristics have been used to differentiate these organisms. However, with only slight hints to the contrary, morphology has not been thought to be medically important. Instead, as with my grandmother’s pills, a bacterium’s pathogenicity has been attributed solely to specific virulence factors embedded in these odd packages. This view is beginning to change. 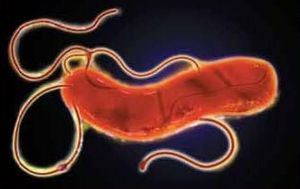 That earlier hint that cell shape might aid pathogenesis? Uropathogenic E. coli grow as filamentous cells during one stage of bladder infection, and these forms were proposed (click here and here) to promote dissemination as the bacterium moved from one host cell to another. However, this was not an airtight conclusion because E. coli also filaments in response to DNA damage, and bladder cells may inflict just such damage to impede bacterial growth. Thus, the observed morphological change might be only a secondary phenotype rather than a primary virulence factor. Along this same line, but in a different domain entirely, cell size of the fungal pathogen Cryptococcus neoformans has also been implicated as a virulence factor. Here, though, the increase in diameter of individual cells from 5-10 µm to 100 µm keeps them from being phagocytized. Thus, the shear bulk of this particular change may be more important than morphology per se. 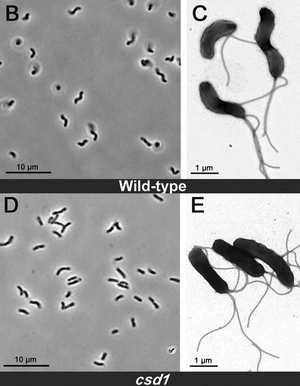 Phase contrast and (TEM) images of wild-type (B and C) and mutant (D and E) H. pylori cells. Source

Now a recent paper makes a stronger case that a specific cell shape can be vital for the ability of a bacterium to cause disease. Sycuro et al. reported that the classical curved shape of Helicobacter pylori correlates with its ability to colonize the stomach epithelium and cause disease. H. pylori has a helical, corkscrew morphology. Such a shape is thought to be useful for bacteria that need to move through viscous fluids because the cell can “twist” its way through the gel-like medium. In the case of H. pylori, the viscous environment is the mucus that lines the stomach surface, and a spiral shape may optimize the motility of this bacterium and enhance its infectivity.

Sycuro et al. find that mutating any one of three peptidoglycan endopeptidases creates cells that do not spiral but are only slightly curved. These cells have a normal rate of motility in soft agar and in medium with methylcellulose added to mimic high viscosity, but they are less able to colonize the stomach in a mouse model. More specifically, the mutants retain the ability to colonize mice, but the mutants are outcompeted by the helical parent in co-infection experiments. The simplest explanation is that the reduced virulence is due specifically to the change in cell shape, because the mutants are motile and can produce an infection in the absence of helical competitors. The alternative is that the more highly crosslinked peptidoglycan in these mutants lowers the efficiency of stomach colonization in an unknown way. In fact, evidence does suggest that different peptidoglycan fragments of H. pylori evoke different immune responses. These types of alternatives will continue to bedevil the interpretation of shape-and-virulence studies because, at the moment, the only practical way to modulate cell shape is to affect how cells synthesize or modify their cell walls. Perhaps infection with living bacteria along with cell wall fragments would help answer this question.

It’s a little humbling to know that something first observed in 1675 can still not be explained to our satisfaction. But that’s how it is in the case of bacterial morphology, dating back to the day Anton van Leeuwenhoek first saw the general shapes of these cells about 335 years ago. Since then, of course, many additional bacteria with numerous shapes have been described, but these discoveries have only deepened the mysteries. It’s bad enough not to be able to explain one bacterial shape, much less so many. Maybe Sycuro et al. have moved us one step closer to understanding the rationale behind at least one. 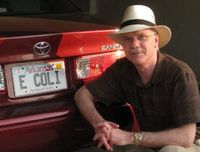 Kevin is Professor, Department of Microbiology and Immunology, University of Arkansas for Medical Sciences.