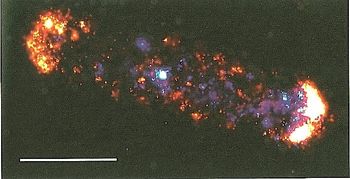 The publication of an exciting book, Cell Biology of Bacteria, sent me into a reflective frame of mind. You see, I am among the few left from the beginning of the modern era of Bacterial Cell Biology. When I was a graduate student, in the early 1950s, “Bacterial Cytology,” as it was then called, was a subject rife with contentions and contradictions. Soon, however, new studies led to the serious affirmation of the now banal fact that bacteria have recognizable and definable body parts. The curtain was lifted. The nucleoid, the cell membrane, the cell wall, all became respectable entities, amenable to serious study. Just ahead lay the discovery or adapting of advanced techniques. On one hand, suitable cell fractionation methods were developed, on the other hand, microscopic techniques, notably fluorescence microscopy, came of age.

Today, Cell Biology occupies center stage in studies of bacterial physiology and genetics. In my mind, so pervasive is this influence that I was prompted to call ours the Age of Imaging. Now for the book. It is edited by Lucy Shapiro and Rich Losick, both of whom entered this field later in their work, both after having made stellar discoveries in developmental microbiology (in Caulobacter crescentus and Bacillus subtilis, respectively). I’m not about to write a book review, so I will just to say that this 250+ page book covers a wide variety of topics written by major investigators. As you would expect, the book has some stunning images. Pictures here are worth many a kiloword each. One of these merits reproducing here, given that it opens a window into a great future. It shows the distribution of chemoreceptors in Escherichia coli, visualized at a nearly incredible degree of resolution using a novel technique for localizing fluorescence called PALM (for Photoactivated localization microscopy). (Click here for Jennifer Gutierrez's earlier post about this methodology: Exciting Resolution.) Stay tuned for more of such marvels. This is just the beginning.