Targeting an Achilles' Heel of Plasmodium 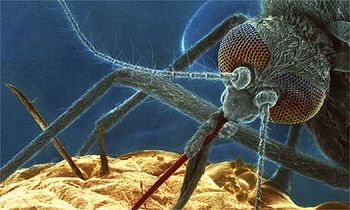 Plasmodium falciparum accounts for 85% of all cases of malaria, and thus is the most deadly of the many species in this genus. About 250 million people are infected annually, of which about one million die. Of these deaths, 90% occur south of the Sahara desert in Africa, and most of the victims are children under the age of five. Malaria also occurs in southern Asia, Central and South America, the Caribbean, and the Middle East. Plasmodium, an apicomplexan protozoan, is also famous for its complex life cycle, some stages of which take place while within females of certain species of Anopheles mosquitoes, others while resident in the liver and red blood cells of humans who were bitten by these mosquitoes. The huge health problem of malaria is exacerbated by the alarming ability of this protozoan to rapidly develop resistance to chemotherapeutic agents. Thus, new antimalarials are desperately needed to bring this deadly disease under control.

In order to identify new drug targets, Istvan and coworkers analyzed P. falciparum mutants resistant to two commonly used antimalarials: thioisoleucine (an analog of isoleucine) and mupirocin (an antibacterial agent used clinically to treat MRSA infections). These two drugs kill blood stage parasites at micromolar and mid-nanomolar concentrations, respectively. For both drugs, increasing the isoleucine concentration in the medium increases the IC50 values (i.e., reduces killing efficiency), suggesting a competitive interaction between isoleucine and both drugs. The kinetics of killing are dissimilar for these two compounds, indicating that they inhibit different isoleucine utilization targets. These results are not surprising since, upon entering red blood cells (“ring stage”), the parasites degrade hemoglobin to obtain a supply of amino acids necessary for replication. Such scavenging is essential because the parasites lack most amino acid biosynthetic pathways. But isoleucine is the only amino acid absent from adult human hemoglobin, hence is the only one that must be obtained from other, less convenient sources.

Life cycle of Plasmodium. Source. (Two animations of the life cycle can be viewed here. Scroll down past the first few viral topics.)

The researchers used high-density tiling microarrays to study the DNA of thioisoleucine resistant mutants. They sequenced putative polymorphic stretches and found a mutation (L820F) in the cytoplasmic isoleucyl-tRNA synthetase (IRS). This mutation is in a highly conserved Rossman fold, a domain that binds ATP to isoleucine and is responsible for activating and transferring isoleucine to its cognate tRNA. They confirmed that this mutation is responsible for thioisoleucine resistance by allelic replacement in the wild type using a vector encoding this single amino acid change. All of the clones containing the mutation tolerated twice the concentration of thioisoleucine compared to controls. However, inhibition of cytoplasmic IRS is probably not the cause of parasite death since uncharged tRNAIle does not accumulate. The most plausible mechanism for its lethal activity is via thioisoleucine incorporation into newly made proteins. 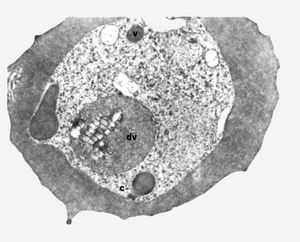 Now for the mupirocin resistance. One of the mutants found (C4034T) substitutes a serine for a proline in the IRS located in the apicoplast (a non-photosynthetic plastid-like organelle). This mutation is also located in the Rossman fold of the IRS. The authors speculate that the change to serine may destabilize the helix at this point, which in turn alters the protein's 3D-structure in such a way as to disrupt the mupirocin binding site.

Another mupirocin resistant mutant displayed seven stretches of single nucleotide polymorphisms (SNPs). Two of these reside in proteins of unknown function and the third corresponds to a deletion of threonine 86 in the apicoplast IRS, near the C-terminus. The mechanism whereby this change increases drug resistance is not yet known.

Plasmodium is not an easy organism to manipulate. Attempts to introduce the C4034T mupirocin-resistant mutation into the parental strain by allelic replacement were unsuccessful, probably because this region is not accessible to homologous recombination with the vector used. Neither mutation hindered growth, thus they were not selected against.

Importantly, this work describes a feasible approach for identifying and validating chemotherapeutic targets in P. falciparum. Instead of randomly screening potential drug candidates, researchers can efficiently search for potential drug targets by isolating drug-resistant clones and then using microarrays to characterize nonsynonymous changes or gene amplification. This bodes well for the future development of new and effective antimalarials.