Cyanobacteria: Growing a Green Future Around the Clock

by Spencer Diamond and Britt Flaherty 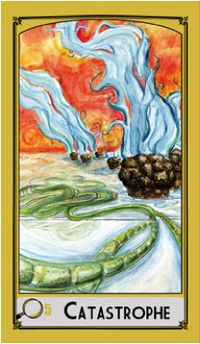 Cyanobacteria, present as stromatolites, oxygenate the atmosphere of earth in this artist's representation. Source

With such famous bacteria as Escherichia coli and Bacillus subtilis hogging the stage, it can be hard for bugs like cyanobacteria to enter the limelight. However, without E. coli and B. subtilis we would still be here today; without cyanobacteria (or something with similar capabilities) earth would be an anaerobic world incapable of harvesting the sun's energy. Cyanobacteria infused the atmosphere with oxygen, provided photosynthesis to plants through endosymbiosis, and increased the amount of usable nitrogen by fixing atmospheric N2 into ammonia. Many of these little photosynthetic factories can undertake conflicting metabolic processes within a single cell, such as photosynthesis and nitrogen fixation. With the need for renewable sources of energy and industrial products, cyanobacteria present themselves as an excellent self-contained platform for metabolic engineering and subsequent green chemical production.

The open ocean accounts for roughly 20% of all biological nitrogen fixation on the planet, and most of that  is the work of cyanobacteria and their nitrogenase enzyme. The oxygen-sensitivity of nitrogenase, however, poses a key problem: how does one fix nitrogen while living in an aerobic environment? Moreover, both photosynthesis and nitrogen fixation require iron, an extremely limited resource in open ocean environments. The cyanobacteria found ways to separate nitrogenase from oxygen, both physically and temporally, and some even coordinate this separation for efficient iron utilization.

A recent article by Saito et al. reports that the cyanobacterium Crocosphaera watsoni synthesizes the proteins required for photosynthesis each morning). When night falls, these cells degrade their photosynthetic machinery, releasing their iron so that it can be used to synthesize the iron-containing nitrogen-fixing proteins needed for the "night shift." Come dawn, the process is reversed. Crocosphaera seems to have taken full advantage of the diurnal separation of photosynthesis from nitrogen fixation, making lemons into lemonade, so to speak, by sharing their limited iron pool between these two metabolic processes. This reuse of cellular iron for nitrogen fixation at night increases Crocosphaera's productivity by as much as 40%! While most organisms find the energy cost of degrading and resynthesizing their iron-containing proteins daily to be too high, Crocosphaera has found this a useful strategy for inhabiting otherwise unwelcoming low-iron environments.

Light has a direct and profound effect on transcriptional activity in cyanobacteria. The period between 36-48 hours in this figure
demonstrates the observed transcriptional response in entrained
Cyanothece when exposed to the light during a period when they expected darkness. Source.

There's consensus that the presence of light (and the generation of energy through photosynthesis) directly sets the cyanobacterial clock for circadian rhythms and for cellular metabolism.  Further, Toepel et al. have demonstrated that transcription of core metabolic machinery is differentially regulated in constant light conditions vs. growth in light/dark cycles. With light being so important to these bugs, its not surprising to see that the sun affects both their circadian clock and the individual transcription of genes. As expected, these transcriptional changes are also reflected in the abundance of the relevant proteins. The Saito et al. study identifies a large number of core metabolic enzymes whose cellular levels are strongly affected by diurnal cycles. This is further evidence that unicellular cyanobacteria might temporally segregate processes that would conflict biochemically. Unfortunately, such effects have often been overlooked since a large amount of cyanobacterial research has been conducted during growth under constant light — faster and more convenient for the investigator.

Using cyanobacteria for the production of green chemicals has already been demonstrated on a laboratory scale. Some single celled cyanobacteria have been engineered to produce ethanol, isobutaraldehyde, and isoprene units — two fuel sources and a valuable industrial precursor, respectively. Engineering new pathways into cyanobacteria will be fundamentally different from working with E. coli: it will be important to consider not only how fast a process runs, but also when it runs with respect to light-dark cycles. Cycling enzymes diurnally could increase the energetic efficiency of some engineered processes. Since large-scale industrial production is done mainly in outdoor ponds, it will be critical to understand how unique day and night metabolic processes affect end products.

Taking these thoughts one step further, we can envision using cyanobacteria to harvest light, the most abundant source of energy on earth. If we also consider their diurnal shifts in metabolism in a variety of environments, we may be able to engineer green organisms that reduce, reuse, and recycle with the rotation of the Earth.