A Microbe By Any Other Name Would Smell As Sweet… 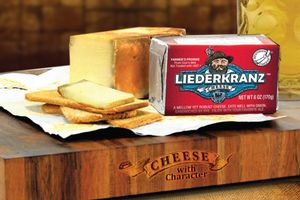 It has long been known that the sense of smell can evoke the richest memories. Oliver Wendell Holmes wrote: Memories, imagination, old sentiments, and associations are more readily reached through the sense of smell than through any other channel. How does this relate to microbiology? One of the most common complaints from students new to a microbiology lab is that “bacteria smell bad.” (I usually remind them to include the archaea in their eukaryocentric judgmentalism.) But odors—sweet or not—are due to volatile chemicals and can be a form of information, revealing metabolic characteristics and conveying subtle signals between different organisms. 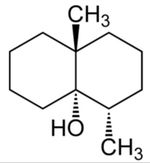 Pseudomonas aeruginosa can famously generate a 'grape juice' smell in infected burn patients. Anaerobes are particularly pungent due to their reliance on sulfhydryl compounds to maintain redox balance. (Closer to home, Gram negative anaerobes are often responsible for 'morning breath'. Many of the pleasant aromas of fermented foods can be traced to the production of volatile molecules by microbial action. Certain cyanobacteria and actinomycetes synthesize geosmin, a volatile chemical that is reminiscent of potting soil. (Norman Pace has been known to wax lyrical here, calling geosmin “the breath of the microbial world.”) Even the distinctive aroma of the seashore is due in large part to microbial activity. In fact, the treasured ocean fragrance is due to none other than dimethyl sulfide, an odor otherwise associated with human digestion. In my own experience, I once found a contaminant during a course I was teaching—a flat, yellow colony growing on standard nutrient agar—that smelled very much like a specific brand of tortilla chips. Which suggests the question of why tortilla chips smell like, well, tortilla chips. Some questions are better left unexamined.

The possibility of microbially-mediated olfactory communication may go still farther. It’s intriguing that recent evidence points to animal-associated microbial communities producing odorants that allow different kin groups of hyenas to recognize one another in the wild. 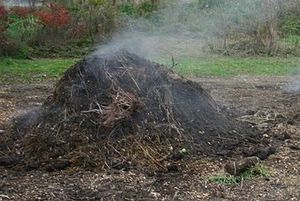 There was even an ASM session at the General Meeting in Philadelphia two years ago, chaired by Mel Rosenberg, on the subject of odors and microbiology. Topics ranged from the role of specific microbiota in producing bad breath, to subduing the generation of methane in the human gastrointestinal tract via prebiotics, to reducing the olfactory impact of swine sewage ponds. But I suspect that the issue of odor is more subtle and widespread (and microbiologically interesting) than a simple inventory of those unpleasant to us, and the session attendees clearly agreed with that sentiment. I would remind the reader of Julian Davies’ concept of the 'parvome', the universe of small molecules that act as signals between microbes. Why not volatile chemicals, utilizing a microbial equivalent of olfaction? Could prokaryotes have a sense of, well, smell? Surely they do, as witnessed by their ability to recognize volatile signals. There is some evidence for such signaling between microbes and plant roots in the soil and for its involvment in colony formation among some microbes.

Davies reminded me recently that the great Joshua Lederberg once wrote that bacteria were communicating all the time; we simply didn’t know the frequency! Maybe the 'frequencies' are chemical, the messages volatile and aromatic, and we are but 'deaf' eavesdroppers holding our metaphorical noses in a world much richer and more information-packed than we might expect.