« And We Thought We Knew What CRISPRs Do! | Main | Going Next Door Without Getting Your Feet Wet » 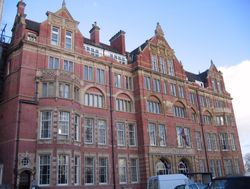 By accident, I ran into a paper by an illustrious early British microbiologist, Sydney Rowland, on how to improve (or not) a vaccine. He picked on a claim by one of Metchnikoff’s student, the Russian scientist Alexandre Besredka working at the Pasteur Institute, that a vaccine against the plague bacillus could be made less toxic by treating it with antiserum against the organism. I was surprised that this matter, how to make vaccines safer, was being tackled experimentally so soon after bacterial vaccines started to be developed. And, for some, the same question remains even today.

Rowland tried to repeat Besredka’s work. He made an anti-plague serum by immunizing a horse. One ml of it neutralized 150 lethal doses of “endotoxin” (the term that may not refer precisely to lipopolysaccharide endotoxin). He used the serum to treat heat-killed bacteria overnight at room temperature. The bacteria were then injected into rats. No difference was seen in the serum-treated and non-treated vaccines, proving Besredka wrong. Rowland also showed that the antiserum neutralized an extracted endotoxin preparation, although it had no effect on the whole bacteria. His conclusion was that the antibodies cannot enter the bodies of bacilli killed by heat. Yet, all is not lost and antibodies in the serum may have a role to play. Rowland says that users of it have reported favourably as to the minimum of discomfort following its inoculation. Sounds like some endotoxin was neutralized after all. Sadly, Rowland died in the First World War of meningitis when serving in France with the Royal Army Medical Corps.

A crude plague bacillus vaccine, not much modified since those old days, is still in use, although its efficiency has not been satisfactorily demonstrated. It seems to work best against flea bite-acquired plague, whereas its efficacy against the respiratory acquired disease is not known. Fortunately, plague has become a rather restricted disease, acquired mainly by contact with wild rodents, so no further development of a vaccine is likely to be forthcoming.

No doubt, reading 100 year old papers often reveals that many modern questions aren’t new. Try it. You’ll like it.