Two New Books (with my name on the spine ) 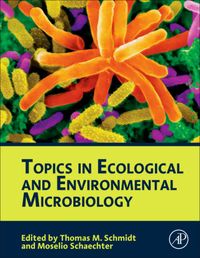 When I’m not blogging, I tend to get involved in book publishing. Twelve, so far. Mostly what I do is editing, although I have been an honest co-author for a few. My most recent venture was a project somewhat simpler than most. I had served as the editor-in-chief of the 3rd edition of the Encyclopedia of Microbiology (Elsevier) and was approached by the publishers to put together two ‘derivatives,’ that is, books drawn from the encyclopedia but centered on one or area or another. The appeal to me was that it was comparatively little work, plus the books could be offered at a relatively low price, given that most of the cost had been incurred already.

One of the two, Topics in Ecological and Environmental Microbiology, was edited by Tom Schmidt, an experienced microbial ecologist, and myself. It is comprehensive, with 48 chapters divided into five major sections: Microbial Ecology, Metabolism and Behavior of Diverse Microbes, Microbial Habitats, Biogeochemical Cycles and their Consequences, and Biotechnological Topics. For the table of contents, click here. We believe that it will serve well as a reference work, with a lot of material between the covers. 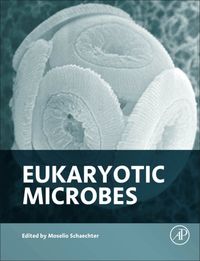 The other, Eukaryotic Microbes, I tackled alone. My thinking here was that since the original chapters had been thoroughly edited by expert associate editors, I could do this job even without being an expert myself. Plus, I love the subject matter. I chose to combine protists and fungi, something that I’ve not seen often done before, but which I consider a good idea being that the two groups touch upon one another in important ways. Twelve chapters are about fungi, twenty about protists. The order here is broadly taxonomic, with a few chapters dealing with their interactions, pathogenic or otherwise, with plants and animals. For the table of contents, click here.

One problem with these projects was that the individual chapters had been written some time ago. These being fast moving fields, this was a concern. Our solution was to ask the authors to go back and re-write their chapters or to add a section at the end called “Recent Developments.” This was done in most cases. We also incorporated a few chapters from other sources that had not been included in the encyclopedia. Both books sell for just under $100, which, though still a lot of money, is considerably less than the price of comparable books. The first mentioned contains 774 pages, the other 496. Both give you a lot for your money.

All chapters were written by authorities in their field and were thoroughly edited, as I said, by experts. Furthermore, the chapters are arranged in a user-friendly order. In my opinion, both books are full of exciting information. Of course, there are other books that cover such topics, but I will plug ours as being quite good. Who knows, perhaps even better than most!

Well, Elio, at least I know what to tell my long suffering parents what to get me for Christmas!