We’ve prepared this quick tour for you, with brief visits to all the major articles we posted since our May, 2011, retrospective. 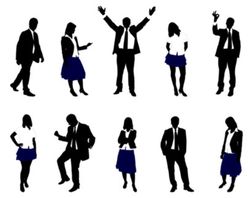 Are You Me or Am I You?  Proteus mirabilis is one sentient bug: it can distinguish itself from its parents and relatives. 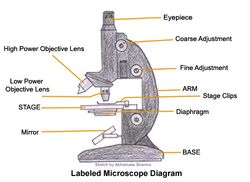 Hard Biology.  How do diatoms make their glass-hard shells? Well, they assemble subunits within the cells, then export them and insert them into preformed structures.

Some Like It Curved.  How do bacteria make curves in their cell wall? It turns out that cardiolipin is a curved and curve-inducing lipid molecule found in the curvilinear cell poles of rod-shaped bacteria.

Rafting Through Time.  Do bacteria have lipid rafts in their membranes, a la eukaryotic cells? Possibly.

Vital or Not Vital: That Is the Question.  Guest Gemma Reguera clarifies the confusion about what is viable and what is vital, including what ‘vital dyes’ tell us about such states. 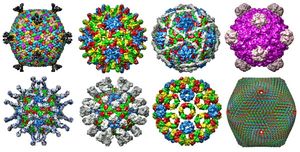 Virus Hacks Intercellular Communications Network.  Cells of our immune system talk to each other when mobilizing a defense, but vaccinia has many clever ways to tamper with those messages for its own benefit.

Is a Good Offense the Best Defense? Yeasts have to choose between having RNAi to defend against incoming viruses and such, or hosting killer viruses that eliminate the competition.

Phage Lambda’s Polar Expedition.  Are all regions on the surface of an E. coli equally inviting to an adsorbing lambda phage, or does lambda have a preference?

Phage DNA: Going with the Flow.  To launch an infection, a phage needs to transfer its DNA into the host cell, but a phage is not a hypodermic needle.

And We Thought We Knew What CRISPRs Do!  Here’s a new twist. A prophage in Pseudomonas aeruginosa inhibits biofilm formation and the host’s CRISPRs are required.

Now That's Using Your Head!  We thought all tailed phages use their tails to recognize and attach to their host cells, but here’s one that uses its head instead. 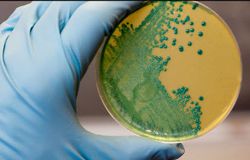 A Pestis from the Past.  Associate blogger Marvin Friedman recounts the history of the Great Plague, as illuminated by recent genomic studies of old bones.

The Lyme Disease Spirochete Feasts on Tick Antifreeze.  A fellow blogger, Microbe Fan, allowed us to use his article on how borrelias use of antifreeze in ticks as a nutrient. Who would have thought?

The Janus Bug.  And you thought that Helicobacter pylori  was a bad bug, causing ulcers and cancer! Well, it may also stimulate the immune response to protect people from asthma.

Going Next Door Without Getting Your Feet Wet.  By using novel techniques, Daniel Portnoy’s lab can introduce Burkholderia into a cell, thus bypassing early stages of infection and isolating later ones. New pathogenesis mechanisms are now revealed.

A Clever Bug That Is Difficile to Control.  Marvin Friedman discusses how Clostridium difficile adenylates its teichoic acids to ward off the action of host defensive peptides.

How We Tell The Good Bacteria From The Bad.  MD/PhD student Micah Manary tells us how the inflammasome (which some of us need to look up) is involved in selecting members of the intestinal microbiome. 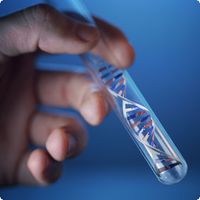 The Façade of E. coli K-12.  Nothing was thought to be less dangerous than the K-12 strain of E. coli. Guess again. It’s full of genes encoding factors that can be turned on in HU protein mutants.

Fine Reading:  Microbial Evolution.  On the 150th anniversary of publication of On the Origin of Species, 34 microbiologists met in the Galapagos to discuss the role of microbes in evolution.

What’s Old is New: Genome Wide Manipulation of the Bacterial Chromosome in Vivo.  Guest Michael Schmidt discusses a novel and clever way of manipulating the bacterial chromosome on genome-wide basis. 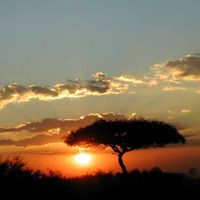 Shipwreck Microbiology.  One shipwreck can devastate a coral reef for decades. The culprit? Iron leached from the wreckage.

One Size Sometimes Can Fit All.  And this is of great concern when it is one antibiotic resistance factor that can counter every antibiotic in our arsenal.

Some Like it Cold.  Marvin Friedman explains that the trigger factor protein (a chaperone involved in keeping nascent peptides from folding prematurely) is selectively upregulated in the cold.

A Microbe By Any Other Name Would Smell As Sweet…  Mark Martin waxes eloquent on the subject of smells emanating form bacteria and their uses. A Bug in a Bug in a Bug.  Bacteria living inside bacteria? Astounding as this sounds, you find them as nested endosymbionts of mealy bugs.

Wolbachia: The Difference Between a Nuisance and a Threat?  Graduate student Jamie Shafer tells a great story about a phage altering how the endosymbiont Wolbachia affects its insect host.

A Wormful of Bugs. Here’s another example of an animal that considers a gut obsolete. Instead, it employs a sack of densely packed bacteria that feed it by oxidizing sulfur. 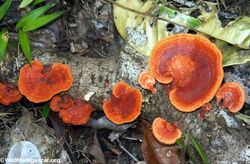 The King of the Fungi.  Imagine a fungus half the size of a bowling alley growing from a fallen tree. A big tree.

How to Escape a Deadly Embrace.  There lurk fungi in soils that can trap nematodes. Aha! The nematodes have evolved an escape tactic. 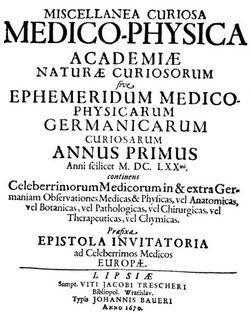 How to Improve Vaccines (or Not), 1912 Style.  Antibodies, it turns out, make a toxic vaccine less toxic. So it was thought 100 years ago, and now we find out that this holds up.

Fine Reading: Microbial Genomics and Infectious Diseases.  We call attention to a seminal paper by David Relman on this topic.

Preaching to a Prokaryotic Choir.  Mark Martin directed some probing questions about the microbial world to students in his undergraduate micro class and shares with us the results.

Of Terms in Biology: Riboswitch.  Twenty classes of these talented RNAs are known, and they do interesting and diverse jobs.

The Microbial Weltanschauung. Elio muses on the effect of knowing that there are so many prokaryotic cells on this planet.