One If by Land and Two If by Sea

Is the current preoccupation of the scientific community with sequencing every genome extant merely an exercise in providing databases for GenBank? Certainly not, for this information also reveals very important characteristics of the organism under analysis. For example, we are at the early stages of a medical revolution that will see affordable individual human genome sequences made available to physicians as part of routine annual check-ups. As the role of various genes involved in health issues becomes even more fully elucidated, such a report will allow the physician to compile a profile of the patient’s susceptibilities to a broad range of diseases. In the case of microbiology, many fresh insights have been derived from genome sequences, including one that I have previously blogged in STC, namely genome reduction as one possible consequence of a bacterium’s commitment to an obligate parasitic lifestyle. Another of my blogs showed that the genome of the 14th century plague bacillus isn’t so different from that of the much less virulent modern strains, indicating that other factors during the medieval era were probably in play. In the paper I am about to discuss, we will see that bacterial genome sequences tell us when and how some bacteria transitioned from aquatic to terrestrial ecosystems.

According to fossil records, life originated in marine environments 3.5–3.8 billion years ago (Gyr) and then transitioned to terrestrial habitats about 2.6 Gyr. The relative absence of fossil records for bacteria makes it difficult to assign these time points for them, although sequence data indicates that a large clade of prokaryotic phyla, called terrabacteria, might have evolved on land as early as 3 Gyr. Interestingly, it appears that some lineages subsequently returned to their ancestral home. Thus, cyanobacteria are members of the terrabacteria, although the genus Prochlorococcus is now the dominant primary producer in the oceans. 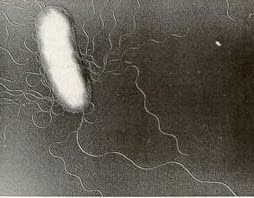 Terrabacteria have good stories to tell. For example, Azospirillum colonizes the roots of cereals (rice, wheat, and maize) and other grasses where it enhances plant growth by carrying out nitrogen fixation and secreting phytohormones, such as indole-3-acetic acid. The genus Azospirillum belongs to the α-proteobacteria, one of the major groups of hydrobacteria (a clade of prokaryotes that first appeared in marine habitats). Within its family, the Rhodospirillaceae, almost all of its known relatives are found in aquatic environments, suggesting that Azospirillum may have transitioned to life on land later, after the Precambrian divergence of hydrobacteria and terrabacteria. To gain insights into how these bacteria transitioned from marine to terrestrial ecosystems, the authors sequenced the genomes of Azospirillum brasilense and Azospirillum lipoferum. A third genome from an unidentified Azospirillum species was described while their work was in progress.

In all three species, the Azospirillum genome consists of seven replicons. The largest replicon can be considered a chromosome, the smallest a plasmid.  Genetic elements intermediate  between chromosomes and plasmids are referred to as chromids. Different combinations of these three replicon types occurred in the three species of Azospirillum. A. lipoferum contains five chromids, the largest number among all prokaryotes sequenced to date, suggesting great genomic plasticity. In fact, there are more genomic rearrangement in Azospirillum than in Rhizobium, the multi-replicon α-proteobacterium that previously had the distinction of having the most plastic genome known among the prokaryotes.

Functional categories for A. lipoferum 4B genes enriched in ancestral (top) and horizontally transferred (bottom) genes. Only genes that were predicted with high confidence are shown. Source.

Genome nucleotide sequences were analyzed using a BLAST algorithm modified by the authors to distinguish ancestral protein coding genes from those that had been acquired by horizontal transfer (HGT). Gene assignments to each of these two categories could be assigned a high, medium, or low level of confidence. The astonishing results indicated that about half of the Azospirillum genes seem to be horizontally transferred. Control analyses of other Rhodospirillaceae genomes revealed much lower levels of HGT in aquatic species, whereas ancestral gene frequencies were about the same in all organisms tested. The ancestral genes were mostly involved in housekeeping roles, such as translation, post-translational modifications, cell division, and metabolism of both nucleotides and coenzymes. The horizontally transferred genes controlled potentially dispensable functions, such as defense mechanisms, cell wall biogenesis, and the transport and metabolism of various factors including amino acids, carbohydrates, inorganic ions, and secondary metabolites. These newly acquired capabilities would have proved useful in adapting to the rhizosphere, an ecosystem that is rich in amino acids, carbohydrates, inorganic ions, and secondary metabolites secreted by plant roots. One might also expect to see the other side of the coin, namely that ancestral genes that were beneficial in aquatic habitats would be lost when the azospirilla colonized the terrestrial rhizosphere. Indeed, genes involved in photosynthesis are a basic feature of the aquatic Rhodospirillaceae, but are absent from Azospirillum. 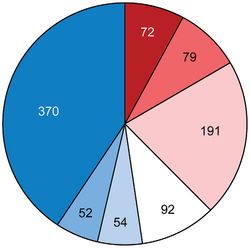 Let me now take a look at some specific HGT genes in Azospirillum that most likely enabled it to specialize for life in close association with plants. Azospirilla harbor a large number of chemotaxis genes, acquired in a stepwise fashion. As a matter of fact, the unknown Azospirillum species contains a whopping 126 chemotaxis genes, more than any other prokaryote sequenced to date. It is of interest here that a recent study  showed that the rhizosphere abounds with chemotaxis genes, indicating their importance in root-microbe interactions. The Azospirillum genomes also encoded many cellulases, hemicellulases, and glycosylhydrolases—all being enzymes crucial for the decomposition of plant cell walls and subsequent microbial penetration. The A. brasilense genome encoded a set of genes for TAD (tight adhesion) pili and their importance was emphasized by the finding that a mutant deficient in TAD pili was severely impaired in plant attachment and biofilm formation. The extraordinarily high level of HGT in the azospirilla was probably accomplished through conjugation and transduction as these bacteria host phages and contain a Gene Transfer Agent. 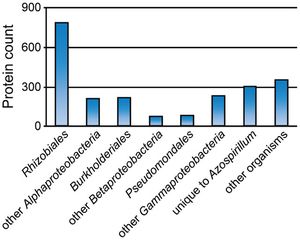 Taxonomic distribution, based on best BLAST hits, of the sources of genes Azospirillum likely acquired by HGT. Source.

The next question the authors addressed was: Where did the HGT genes come from? The best BLAST hits Indicated that terrestrial proteobacteria, especially members of the Rhizobiales (distantly related, nitrogen-fixing α-proteobacteria ) and of the Burkholderales (β-proteobacteria that colonize soil and plants) were the most prominent donors. Failing fossil data, the issue of when the azospirilla diverged from their aquatic Rhodospirillaceae ancestors can only be roughly approximated using the established clock by which a 1-2% divergence in the 16S rRNA gene represents 30 million years (Myr). Using this calculation, they found that the azospirilla would have transitioned to land about 400 Myr. Interestingly, that is about the time of the initial major radiation of vascular land plants and the evolution of plant roots. Grasses, the predominant plant host for Azospirillum, appeared much later, about 65-80 Myr.

This paper once again demonstrates that genomics is a powerful tool for opening doors to microbial evolution that cannot be accessed by other approaches. So, the next time you encounter that lengthy string of letters for a newly sequenced bacterial genome, remember that some very important and unique inferences can be drawn from that seemingly abstract data.