A Few Thoughts About the 2012 San Francisco ASM General Meeting 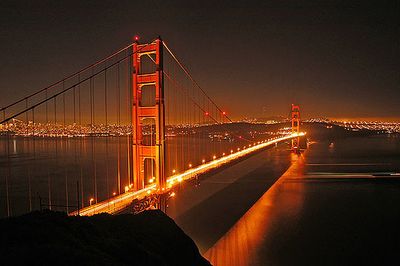 I recently returned from the ASM yearly general meeting in San Francisco. It happens to be 61 years, no less, since I attended my first such event, that one in Chicago. In those days, many members attended a giant banquet as part of the event, I well remember. As a poor graduate student, I couldn't afford the few dollars it cost, so I ate elsewhere. Lucky me; the entire assemblage of microbiologists came down with food poisoning!

Attending ASM general meetings was exciting then, as it is now. And the offerings have gotten even better, especially in recent years. In the old days, before posters were invented, the principal means of communication was ten minute oral presentations. Of necessity, this entailed simultaneous presentations in a huge number of rented meeting halls and required a pair of roller-skates for attendees to get from one to another in time. The disappearance of short presentations is not rued by anyone I know. What came into being were more symposia presented by invited eminent scientists. In the last year, the ASM has undertaken even greater changes, essentially tightening the program to fewer sessions and ensuring that the quality is even higher. I like this a lot because I can still get to hear truly good science without feeling schizophrenic. And posters have their proper place, giving a large number of junior people the chance to present their work in a discussion-friendly setting.

This meeting coincided with the announcement of the first large-scale human microbiome project. Unveiling of the results received considerable attention. I confess, I stayed away from these sessions. Not that this isn't important work. Au contraire, it’s essential for progress in our science and for understanding the role of microbes in our lives. However at this stage of development, the presentations tend to display large tables of data, usually the names of bacterial families or phyla in fancy visual array, or recount mindboggling clever new strategies. This also applies for sessions on synthetic biology, which I did attend. The presenters were not always imbued with modesty. Not that I blame them, but some of them sounded like Columbus giving his first seminar after his return. This impatience of mine is nothing new because science in the making is not always satisfying to the listener. In time, all of this will be assembled into conceptual bins (hey, there is a new term, binning) and become easier on the ears as the meaning of the results will be better understood. But do consider attending these meetings, or coming back to them again. Missing them is missing great science.

The mention of the food poisoning at an ASM annual meeting reminded me I had heard of that from my Ph.D. advisor who was going to school on the WWII GI bill in the early 50's. His account included that a good number of ASM members were on a side trip early the next day by train to a nearby fermentation company and had to contend with the illness and the limited number of restrooms on the train.
Being a money strapped grad student likewise saved me in 1980 when the ASM was in Miami Beach and many members of the informal Pseudomonas aeruginosa club went to a famous and pricey Stone Crab restaurant on South Beach. Several posters of great scientific interest went unattended the next day by the authors due to illness.