We continue our semi-annual ritual and post this quick tour of featured blog postings since our December, 2011, Retrospective. 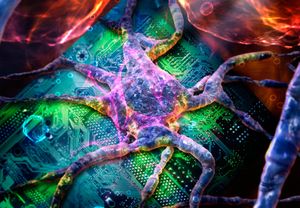 It’s Raining Viruses! (Merry) Metabolic genes acquired from their hosts are one strategy used by baculoviruses to convert one caterpillar host into more than 109 progeny viruses.

The Immunological Synapse Goes Viral. (Merry) Once again, a virus coopts some of the sophisticated functions of our immune system and turns them against us. In this case, HTLV-1 gains an efficient mechanism for cell-to-cell transfer.

Onboard a Flying Syringe. (Merry) Insect vectors carry viruses that infect our crops as well as us. Metagenomics provides a way to query the insects and find out who is onboard. 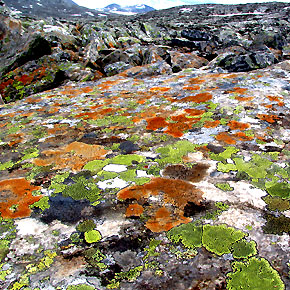 That Scary Restroom Microbiota. Josh Fierer and Elio take exception to the scary news headlines generated by a metagenomic study of bacterial DNA in a restroom. Bugs in a bathroom? Surprise!

The Paenibacillus Moving Company. (Elio) This master swarmer can carry cargo, in this case fungal spores. It can also move across space on bridges made of fungal filaments.

What’s the Score on the Microbiome? (Elio) Is the human intestinal microbiome a good thing or a bad one? We kept score for a little while.

Green Flypaper. (Merry) Social spiders use yeast to attract more flies to their web. This strategy works so well than local people bring the webs into their homes to act as flypaper.

One If by Land and Two If by Sea. Marvin tells us how bacteria abandoned the oceans and wandered on land, genome-wise. 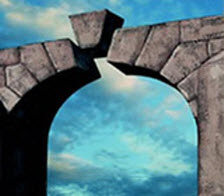 Pushing the Thermodynamic Envelope into the Proteomic Edge. Why is the temperature for maximum growth rate of bacteria so close to the one at which they die? Graduate student Tracey McDole explains this in terms of entropy, enthalpy, molecular crowding, and other goodies.

Microtubules in the Verrucomicrobial Closet. Once again, cryo-electrontomography comes to the rescue, here revealing the existence of tubulin-containing filaments in a prosthecate bacterium. Daniel Haeusser explains

The Three Faces of Thiomargarita. (Merry) Sulfur-oxidizing Thiomargarita may form clusters or chains or live as sessile cells with a complex life cycle, and all three ‘faces’ of these “sulfur pearls” are beautiful.

Polar Enchantment. (Elio) How to isolate proteins that prefer to be at the poles of bacteria, thanks to a clever technique from the Kevin Young lab.

If It Walks Like DNA, and Talks Like DNA… (Merry) Both plasmids and phages have mastered the art of making proteins that mimic DNA, thus confusing host restriction endonucleases that would otherwise destroy their incoming DNA.

Living On the Edge…of the swarm. Gemma Reguera describes tricky aspects of the physics of bacteria swarming on agar.

Cell Division Through DNA Curtains. FtsK is a somewhat mysterious protein that couples chromosome replication with segregation. Gemma introduces a clever single-molecule technique that allows one to visualize FtsK’s gymnastics. 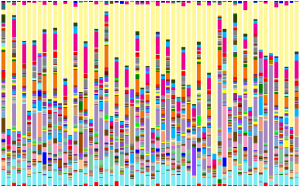 Ovobacter propellens, Not Your Average Boring Bacterium. (Elio) The fastest known swimmer among bacteria, this poor fellow has not received its due attention.

Salmonella’s Exclusive Intestinal Restaurant. (Elio) Salmonella has a unique skill: it can use tetrathionate as an electron acceptor. It’s also pretty good at oxidizing an abundant i substrate in the gut, ethanolamine.

Are Phages the Answer? Given that more ways of fighting bacterial pathogens are needed, the old idea of using phages reemerges, thanks to both Pseudomonas biofilms and a mouse study, as discussed by Marvin.

Fine Reading: Autophagy & the Cytoskeleton. (Elio) Escaping into the cytoplasm of host cells is a device used by some bacteria to avoid autophagy. The host cells respond by coating the bacteria with a protein called septin, which makes them autophagiable.

TB or not TB? Graduate students Jaime Zlamal, Andy Cutting, and Steven Quistad describe the asymmetric cell division of mycobacteria and why this may matter with regard to therapy.

What Happened to Our Friendly Enterococci? (Merry) Pathogens can gain by losing their CRISPR loci, as this makes it easier to pick up plasmids and other mobile elements bringing antibiotic resistance factors.

Oddly Microbial. Marcia Stone reviews a book by Michael Yarus, Life From an RNA World, with emphasis on ribocytes, those elusive early cells postulated to have existed “way back.”

The Bacterial Resistome is Both Ancient and Surprising. Marvin tells us that bacteria from caves that have been isolated for eons possess antibiotic resistance genes, including resistance against our new drugs.

How to Reform a Resistant Bacterium. (Merry) Picture this strategy: use temperate phages to deliver dominant antibiotic sensitivity genes into antibiotic resistant pathogens. These researchers offer this as a way to reduce antibiotic-resistant nosocomial infections in hospitals.

Fine Reading: Small Wonders. Merry offers a fine review by McCutcheon and Moran on why and how bacterial endosymbionts end up with such puny genomes.

What Is This Link to Mushrooms in Works of Art? Well, that’s one of Elio’s interests. He thinks one can learn about the connection between people and mushrooms by looking at paintings.

Where Mathematicians & Biologists Meet. Biomathematician Joe Mahaffy enlightens us about the distinguished historical connection between biology and mathematics.

The Two Quantitative Steps in the Biology Growth Curve. (Elio) Biology has been invaded twice by physicists and mathematicians in the last several decades. The first wave led to the advent of molecular biology, the second (now) to a lot of useful model making.