Seeing Biology Through the Eyes of Visually-Impaired Students 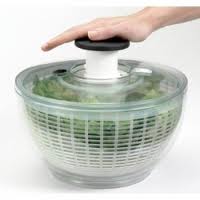 I have been teaching introductory biology in higher Ed since 1985, my first four years at Mills College and now at Swarthmore College since 1989. At both institutions, these courses (lecture + laboratory, taught by faculty members) were open to majors and non-majors. Through these years, it has been amazing to see the evolution of visual resources offered by textbook publishers. First the text illustrations became more sophisticated, reflecting our increased understanding of cells, molecules, organisms, and ecosystems. We were keen to make black and white copies of those illustrations onto transparencies, being careful to purchase the kind of acetate films that wouldn’t melt on the drum of the copier! Then came the wonderful transparencies with figures and tables from the texts in color—better than sliced bread! Shortly thereafter, these were arriving on CDs, and now they are accessible at websites in .pdf and .ppt formats. And oh, the animations available from publishers and from many research laboratory websites! There are some great YouTube videos about glycolysis, the TCA cycle—even the classic Protein Synthesis movie. Among my favorites for teaching introductory biology are the Oster laboratory (UC Berkeley) animations of the ATP synthase, for me there being no better way to integrate protein structure/function and proton motive force/oxidative phosphorylation. Check out the animations from his laboratory here.

With these rich resources at hand, my lecture slides contain more and more visual material, and I have learned to use it more effectively each year. But this fall, this visual approach met the ultimate challenge in Biology 001 (Cellular and Molecular Biology). Among the 130 students enrolled was a blind student, whom I will call H. In contrast to the visually impaired student who took the course previously, H is blind—his word for his disability. He sat in the front row and listened intently. Despite the fact that he could not see our slides, he asked probing questions, the answers to which frequently clarified concepts for the entire class. The challenge for each of the faculty lecturers (the course is team taught) was to describe what was depicted in the illustrations. I believe that the extra effort we put into those explanations benefited everyone in the lecture hall.When videos were shown, we either explained the scenes to H ahead of time or a student would sit next to him and whisper a play-by-play commentary. He did have a ‘tutor,’ a senior biology major who would take notes during lecture and then go over the lecture with him right after class.

Throughout the semester, I would find myself lying awake at night, thinking about how I could make the material more accessible for students such as H. His presence in the course pushed me out of my comfort zone and made me innovate and take a few more risks. I am proudest of my idea for illustrating how proton motive force could be harnessed to run the ATPase. I took a salad spinner to class and asked H to come to the front table and push down on the top handle. When he did, I asked him to describe what was happening. He told us that the salad spinner was identical to one he had at home and that by pushing down on the top handle, it spun the inner colander so that the water on the lettuce would be pushed out into the outer container. I followed up by explaining to the class that this example, an inward movement being converted into a rotary motion, would be illustrated by the videos that I was about to show from the Oster laboratory’s website. My colleagues (who sit in on my lectures, as I do for theirs) agreed that we should use a salad spinner every year! H had 3 lab partners who patiently included him in nearly every aspect of each exercise. Since he could not see under the dissecting microscope the differentially stained plant tissue specimen that he had prepared, his partners took turns looking and describing what they saw. He participated in an enzyme assay by adding water to sample tubes (other reagents were added by his partners) and placing the tubes into the spectrophotometer. His laboratory reports were lucidly written and reflected a deep understanding of the process. Often I would hear him say to his partners, “I feel like I am bogging things down…” and they would reassure him that it was OK. Then he would say, “I am glad that I can participate and contribute.”

During an experiment that involved genotyping mutant pea plants, students had to measure stem length and count the number of leaves. As H felt the plant and all of its details, he stated that he thought the leaves on the ‘short’ plant were much fuzzier than the ones on the ‘tall’ plant. His observation gave us a chance to talk about how one gene (allele) might affect more than one trait. I am not sure any of us would have noticed the texture of the leaves. The laboratory instructor who assisted me in the lab section recalled how H ‘saw with a different sense’ as he moved his fingers over the plant, how he “saw” the difference between 200 and 1000 microliters of water delivered into his palm by different pipettors.

At the end of the term, his lab partners thanked us saying that the experience of working with H gave them the opportunity to learn the material more thoroughly and to appreciate the use of more than just their visual sense. They had great admiration for him. I never sensed that they pitied him; he was much too positive and enthusiastic about whatever was happening in the lab!

H taught me a great deal about teaching and learning. Appealing to sensory modalities beyond vision forced me to think about communicating differently, choosing my words and examples more keenly. Is it not ironic, then, that teaching visually impaired student has ‘opened my eyes’ to new attitudes about pedagogy? I am deeply grateful for the challenge and privilege of learning from H, and the experiences have resulted in my making biology more ‘accessible’ to all students.

I wish to acknowledge that, to my knowledge, the ASM is the only life sciences professional society that has published a resource for helping visually impaired students in the laboratory. None of my colleagues have found any resource from their professional societies on this topic. As in many other instances, my colleagues have remarked that the ASM is a leader in student-centered learning in the life sciences.

Amy is Professor of Biology, Swarthmore College, and President of the Waksman Foundation for Microbiology. Using microbiology as a vehicle, Amy "communicates the process of research and discovery—the content and application of science—to many audiences beyond her Swarthmore classroom."