« Requiem for a Machine | Main | Revisiting BYOG: Bring Your Own Gene »

The Road to Microbial Endocrinology 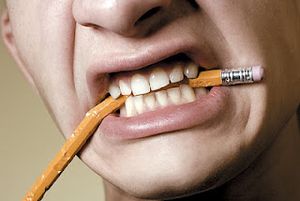 The emergence of the field of microbial endocrinology did not follow a straight course, nor was the destination intuitively obvious at the start. Like many research paths before it, the theoretical underpinnings of the field only emerged when it became obvious that the only explanation for the facts was a new awareness, in this case the realization that microorganisms are more interactive with the host than previously recognized.

The development of microbial endocrinology, the intersection of microbiology and neurophysiology, has its roots in the field of stress research. In the 1980’s, there was growing recognition that host neurophysiology, specifically the elaboration and production of a panoply of various neuroendocrine hormones/neurotransmitters, modulated certain immunological phenomena. For example, the stress-related family of neurohormones, the catecholamines, could influence the production of antibodies against specific antigens. The direct interaction of neuroendocrine hormones on immune cell function was being examined from a mechanistic standpoint (i.e. direct examination of hormones and immune cells in an in vitro system). But beyond that it became apparent that the nervous system as a whole regulates immunity. The involvement of the brain and associated systems in the direct control of immune responsiveness was led by Ader and Cohen who established the field of psychoneuroimmunology [1]. It was in this field that I found myself as a newly-minted assistant professor with my first NIH grant.

The primary objective of my grant was to examine the ability of social conflict stress in mice to modulate immune responsiveness. Social conflict stress is an ethologically relevant means to induce stress in animals and has been extensively used to elucidate pathways underlying stress-induced anxiety and for the pharmacological design of “anxiolytic” (stress-reducing) drugs. Although I had extensive experience in microbiology as a medical board certified clinical laboratory scientist, at that time I considered myself primarily an immunologist. As such, my thinking was largely shaped by the need to examine the mechanisms by which stress could influence immunity. My initial results were promising, starting with publication of a series of papers in the late 1980’s and early 1990’s showing that social conflict stress could indeed modulate immunity [2]. Our results suggested that acute stress should be beneficial for the host by dramatically elevating the phagocytic capacity of macrophages.

What to do next? That stress elevated first-line immune defense suggested that it protected against infection. The obvious experiment—not envisioned in my original NIH grant—was to challenge the animal with an infectious microorganism and then subject it to the stress of social conflict. The results of these experiments presented the paradox that led to microbial endocrinology. What I observed in 1991 was that animals that had been given an oral infectious challenge had decreased rates of survival as compared to similarly challenged animals which were not stressed. On the face of it, this didn’t make sense. How could animals with increased capacity to phagocytize bacteria be dying at a faster rate than the controls?

In order to resolve this seeming paradox, I took a fresh look at the underlying premise of my otherwise straight-arrow approach, i.e., that stress affects immunity. It had been known from decades of research that host neuroendocrine hormones/neurotransmitters play a large role in shaping the immune system’s response to infectious challenge. But, could elements of the stress response directly influence the infectious microorganism as well? Such a consideration in no way obviated the role of immunity in the response to an infectious microorganism. On the contrary, if the microbes could respond to the neuroendocrine outflow resulting from the host’s stress response, this meant that the microbes were interactive players in determining the outcome. Thus, the environment of the stressed host was much more complex, and most importantly, more interactive, than previously thought. Put concisely, I went from the more simple scheme:

to the more complex and interactive one:

A number of questions arose as I began to consider the microorganism as also capable of responding to the host’s stress response. First, why should stress be suppressive? It didn’t make any sense that when an animal is presented with an infectious challenge, such as occurs all the time in nature  (think about being bit by someone in a fight), it should suppress its immune system. Well, my macrophage results showed that indeed stress was not suppressive; it was actually immune enhancing.  However, I was still left with the initial problem of why stressed infected animals succumb faster to an infectious challenge. The answer appeared when I considered that the microorganism were just as capable of responding to host stress as the immune system.

In other words, what about the poor microorganism that is living happily in a culture dish with all the nutrients it needs and now finds itself stuffed into a mouse and having to contend with all the ensuing perils from both host and resident microbes? Isn’t the infecting bug also being stressed? (Or course, I acknowledge the extensive literature about how alterations in environmental conditions affect microbes.) And concomitant with that was the realization that disease is often the result of exposure to a very low infectious dose, sometimes on the order of 1- 10 CFU, such as in the case of E. coli O157:H7. At such a low dose in the gut, how would the immune system detect a few bugs? Having an enhanced immune system due to stress may be fine, and makes evolutionary sense, but it is the microbe that must first respond to the stress within the host. If so, what type of host environmental signals would it recognize so as to institute the physiological responses needed for survival and proliferation?

Social conflict in mice. In (A) an “intruder” mouse (black) is placed into the cage of a singly housed “resident” mouse (white). The resident engages the intruder and begins to fight. In (B) the intruder is already assuming the “defeat” posture indicating it gives up the fight. In (C) the intruder has assumed a full defeat posture characterized by limp forepaws, head angled up, and retracted ears. Depending on the protocol, the procedure is repeated several times to produce “social stressed mice.”

Stress has been described as the most ambiguous term in biology. Nonetheless, the neurophysiological outputs of stress, namely the neurochemical mediators, are well understood. For social conflict stressed mice, there would be a commensurate large release of the fight-or-flight neurohormones from the catecholamine family, namely norepinephrine and epinephrine. I performed the simplest of experiments. I simply mixed the infectious bacterium I had used for the challenge studies with norepinephrine and epinephrine in separate Petri dishes and set them in the incubator. Following overnight incubation, the bacteria in the norepinephrine containing dish had grown to fill the entire dish while the epinephrine and control containing dishes evidenced hardly any growth. I had my answer—micromolar amounts of a neurochemical could enhance the growth of a bacterium–and the start of a new field which I termed microbial endocrinology [3, 4]. Microorganisms were not simply “dumb bugs” but they actively recognize host neuroendocrine hormones.

The inception of microbial endocrinology was guided by the design of the media for in vitro testing of microbial-neuroendocrine interactions. Since environmental factors (i.e. neuroendocrine hormones) could influence microbial survival, why shouldn’t the test media also be considered an environmental factor? In other words, the context in which the microbes were to be evaluated could prove to be as important as the factor to be studied. For these reasons, I chose to use iron-restricted serum- (or plasma-) based media. Also, they are difficult systems for bacteria to grow in and they more closely mimic the in vivo milieu. This approach has over the years led to some interesting exchanges, with one particularly standing out in my mind where a session chair asked in incredulity why I would choose such a difficult medium to evaluate neuroendocrine hormones when such good rich media such as LB, BHI, etc. exist. My answer was simple: because we don’t have LB and BHI floating through our veins. If one seeks to evaluate the effects of a purported host factor on microbial physiology, one needs to do it in an environment close to the one found in the host.

And finally, I always caution that if one thinks that you are the first to discover something, you may not have looked hard enough at the literature, and specifically that which existed before the advent of scientific databases such as PubMed. A couple of years after my initial publication, I found that work done in France in 1930 had essentially observed the same phenomena as I reported in 1991 (for review of past studies see [5]. From there I followed a trail through the 1950’s where numerous reports documented that neuroendocrine hormones influence microbial growth. When it came to an explanation, none proposed that bacteria could actively recognize host hormones; bugs were simply too “dumb” and the answer had to be exclusively on the host side.

I have not touched upon the other direction: microbes produce some of the same neuroendocrine hormones we possess in our brains, which means that not only can we influence microbes through production of our hormones, but also that the microbes can potentially influence us [6]. I have been heartened by the growing number of reports of microbial-neuroendocrine hormone interactions, an indication that the theory of microbial endocrinology will continue to be examined and may contribute to a better understanding of the ways in which microbes interface not only with vertebrates, but also with any organism (such as plants) that producs neuroendocrine hormones.